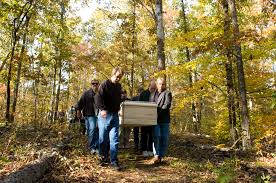 Market forces eventually move ideas and products that become staples of our way of life.  However, in almost all cases, private investment is needed to spur the product or service into general practice among the American public.  Take the Tesla automobile, for instance.  Founder Elon Musk didn’t just take the idea of an electric automobile, grab some old 1957 Chevys and put batteries in them for the public to purchase.

A lot of people talked about electric vehicles having a market, but Musk raised the millions (now billions) in capital needed to build a new model that the consumer would be excited to buy.  It took that investment to get going and now Musk and his investors are on the cusp of having a profitable automobile company.

Or, how about in our industry.  Some people in our industry noticed the public was starting to ask for cremation in small quantities back in the late 1960’s.  Some funeral directors used their own private investment to install crematories at the time and those operators are now some of the largest death care providers in America.

For the last ten years or even more, I’ve heard a lot about “Green burials”.  The concept sounds good and they are more than likely good for the environment. . . . something you would think the American consumer would trend towards.  However, up until now, I have seen portions of cemeteries set aside for “green burials”, a mushroom suit for burial, and a biodegradable casket or two on the market.  But, I have not seen a major investment in the concept.

And, for the sake of this article, don’t confuse my argument for a lack of investment in other death care products — like recomposition (human composting) — which I see as a “disposition method” in contrast to a “green burial” which I define as a “full-body burial sans embalming and using biodegradable materials”.  There has also been a pretty large investment in what I term “Memorial products” such as Better Place Forests where your ashes can be placed in a forest. . . . but, in my opinion, that differs from what people call “green burials”.

However, last week I noticed this article in the Sun of Port Charlotte , a paper based in Charlotte County on the west coast of Florida.  It informs us that Chris Alonso and his wife, Lauren Robie, landscape designers, have purchased and are developing 42 acres in that area for a cemetery to be known as Hope Eternal Gardens.  According to the article, the cemetery “will provide burial sites for bodies that have not been embalmed, as well as cremated remains”.

While the area will have room for about 3,000 in-ground burials, 10,000 columbarium niches, and 3,000 in-ground cremation burials, it will also be a site for community activities ranging from weddings to art shows to performances.  The site will also be home to a nursery, a cottage for artists-in-residence, retail sales of headstones, shrouds, and biodegradable cremation urns.

From my point of view, this will be a community asset and that investment by the couple will create an environment that I believe will be much more conducive for “green burials” than just a portion of an existing cemetery.  It looks to me like a real “investment” in “green burials” rather than an accommodation (like a portion of an existing cemetery) for them.  The article points out that while “green burials” have been talked about for a decade without a great growth, that a recent 2020 survey indicated that 57% of Americans are considering more sustainable burial practices. . .up from 19% from the same survey in 2007.

Again, from my point of view, there are many of us in funeral service who believe that permanent memorialization of the deceased has dropped off dramatically in the age of cremation.  While memorial spots like Better Place Forests will help in that regard, I’m hopeful that a new-wave cemetery may be an impetus for more permanent memorialization in niches or other methods for the continuing growing number of cremations as well as those who may opt for full “green burial”.

Enter your e-mail below t0 join the 2,118 others who receive Funeral Director Daily articles daily: