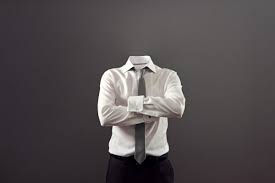 I think we have all seen it, but have we ever looked at the statistics and questioned what has happened.  The “it” I’m talking about is women in the workplace over the years and the correlation of “Where have all the Men gone”?

In the death care business we have seen the rise of the female funeral directors.  I attended mortuary college in the late 1970’s with one female in my class of about 50 students.  This year I attended my alma mater’s graduation ceremony and am guessing that about 70% of the class were women.  And from my volunteer role in an education institution I can tell you it isn’t only in the mortuary profession.  The medical school and the school of dentistry have more female enrollees than male enrollees.  And, it is even happening in the law school and the traditionally male dominated engineering school is getting closer to a 50/50 mix.

Anecdotally, the funeral home where I worked has went from zero female funeral directors when I started to 40% today.  The three death care related associations that I stay up to date with, CANA, NFDA, and MFDA (Minnesota FDA), all have female executive directors.  Here is a graph of men in the workplace over time.

So, where are all the men in the work place?  I read this fascinating article from Yahoo Finance this week which, somewhat, answers that question.  Are you aware that of men in the working ages of 16-64 the participation rate in the United States workforce has gradually moved from 87.4% in 1949 to about 67.7% today?  That’s a full 1/3 or work aged eligible men, or over 30 million men, not participating in the United States workforce.

At the same time, women in the work force have continued to grow. . .at least until some COVID related issues came into the marketplace.  Here’s a graph on women in the workplace over time in comparison to the one pertaining to men.  As you can see, they go in different directions.

The author of the Yahoo article lists seven forces at play.  They all make some sense.  For instance, one of the reasons of less men in the workforce is that many men in the pre-64 age group are already on pensions or have been living off self-generated wealth.  Those are easy reasons to understand and totally understandable.  Quite frankly, I fit in that group.

One reason however, I find fairly sad, and has ramifications for the death care industry. That reason is that America has a big business of selling illegal drugs.  The year 2020 saw 93,000 Americans lose their lives to drug overdoses. . .up 30% from 2019.  Many of these deaths involved people who were indigents by the time of the overdose and funeral homes serving them, many times, received only public fund resources to pay for the services.

As a matter of fact, Funeral Director Daily has written articles that pertained to public entities – states, counties, and municipalities – that ran out of budgeted indigent death care funds.  The more these deaths happen, the more entities will exhaust funds. . . and that will play a role in funeral home operating profits.

One of the Yahoo Finance article author’s opinions on where the men have gone deals with the illegal drug business.  The author wonders “How many men are in this business?”  The author opines that America’s $100 billion illegal drug business would require thousands of employees.  Correlating with drug offense incarceration statistics, he opines that about 90% of these “employees” would be male.  And, these “employees” are certainly not being counted in our nation’s employee statistics, nor is their tax revenue coming in from their wages.  It’s one of the seven reasons the author sees as to why the male employment participation rate is reported as low as 67%.

The author also tells us that even with men disappearing from the work force, the Gross Domestic Product of our country continues to grow over time.  That is an interesting statistic. . . as less men work, our GDP increases.  What’s the reason for that?  There is no clear cut reason, however, it is interesting to note that as men have left the work force, America’s GDP has increased.  Here’s a graph on that phenomena.

So, this is one of those articles from Funeral Director Daily that has no answers just, what I consider, interesting information.  However, I’m of the opinion that the illicit drug business in America is a problem.  And that problem, if it continues to grow, may affect revenue sources for the death care industry to a greater extent.  Funeral directors are influencers in our communities. . . . . we owe it to ourselves and our communities to help stop the problem.