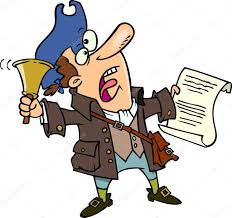 I served as a funeral director in a small town and when somebody died, the news got out.  There can be a difference between a death notice and an obituary or an obituary can serve as both.  In America we have closed over 2,000 newspapers since the year 2000 and many communities no longer have any local news coverage.

So, how does the word get out that grandma died so that people can pay their respects at the visitation and funeral?  In my community we have a local newspaper published twice weekly. . . and sometimes the Wednesday/Friday editions will miss a death notice or obituary for someone who died on Friday and the funeral is Tuesday.

And, getting a death notice out and heard by the public is not just a small community problem.  In large cities, as newspapers have shrunk in size, the cost of placing an obituary can be prohibitive to many — sometimes $2,000 to $3,000 or more.

I thought of this situation when I saw this article from Rhode Island.  It relates how a community online publication has worked with 39 funeral homes in the area to make sure that obituaries are placed on the online news forum.  During the middle of May, according to the article, they have passed a milestone in which they published more obituaries, on a daily basis, than the Providence Journal.

That’s great. . . and at no or little cost to the family.  But, are death care families confident that the public will know to go to that site for the information in a timely fashion so that they don’t miss the visitation and funeral.  That’s the big question.

I’ve missed funerals in my community because I was not listening to the radio and in the periodic search of the funeral home website I realized that a funeral had come and gone before I knew about it.  My old funeral home has “text messaging” notification available for all death notices, but I don’t like getting those messages night and day either. . . especially for people that I have no idea who they are.

So, what do we do about Death Notices so that people don’t miss the funeral?  There are a lot of technology companies in the space, but most of them seem to be businesses that offer tributes and eternal online presences for the remembrance of the deceased.  There’s Epilogg, Reflections by OneDay, MeM (SCI’s proprietary Making Everlasting Memories), Tributes.com, and even Find-a-grave where obituaries, photos, and other remembrances can be left.

This death notice situation points out how funeral service is inherently a “local” business.  I don’t see the mechanic that services my car every day, or my barber, or my family physician, but if they died I would like to pay my respects.  How do I learn that they have died has became a bigger and bigger issue as we have lost daily newspapers over the past twenty years.

Will GoLocalProv.com – the Rhode Island online publication referenced above – be able to convince Rhode Island residents to search their obituary page everyday?  If they can, it will really increase readership, but I’m not so sure it can be done.

While newspapers are getting less and less readership and less financial resources as their top money makers such as classified advertising, automobile advertising, and real estate advertising have all migrated to the online search platform, the newspapers themselves have become less complete for death notices and obituaries.  So, even if we know that someone has died, we may not find the information in the newspaper.

Companies like Legacy.com are working on the situation.  They partner with over 1,200 newspapers in getting obituaries on a single platform.  And, they do a good job at it. . . their site has 44 million visitors a month.  However, I probably will go to it only after I know that someone has died so that I can find the service information.

The question remains. . . . how do we get notified of deaths when, unlike in the past with a local newspaper, there was a single source that we received that announced the death?

If the public doesn’t know of the death. . . .how can we be expected to be there to console the family survivors?  And, not being there for the families makes the funeral seem mostly for the family with the community being left out. . . .America is a web of community connections. . . we need to connect and pay our respects at the time of death. . . communities coming together at the loss of a member of the community has been our legacy since the days of the pilgrims. . . . . I think the growing lack of that connection is a bigger problem than we realize.

Information on Death Care start-ups from around the world:

Funeral Director Daily Highlight:  With yesterday’s post, Funeral Director Daily hit over the 12,000 mark of pageviews for a 30-day rolling period.  The actual number of 12,027 is the highest 30 day rolling number we have hit to date as we continue to organically grow from our readers telling others about us.  Thank you. . . . .and we hope that you continue to tell others so we can continue to bring short Death Care features to your inbox everyday.  We believe that we are part of that Death Care community “daily touch point” that is needed for all to stay connected.  Thanks again, I’m appreciative, and humbled, that so many are willing to read my work.