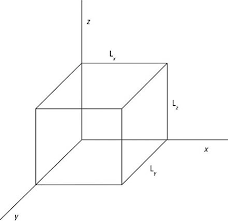 Sustainability and the ability to make more out of less has led the Mountain View Cemetery in Vancouver, British Columbia, to explore options that would allow more graves in the cemetery.  The cemetery has operated in the city since 1887 and was shut down to new grave lot purchases during the time period of 1986 to 2008.

The interesting thing about allowing “more graves” is not that they will be platted on more ground, but will be sold in a three dimensional format – above and below existing graves.

As like most cemeteries, grave lots were sold in a two dimensional format with an 8 foot by 4 foot of lawn designed to hold one casketed grave.  However, beginning on January 1, 2020, it will be allowed for others to gain burial rights above or below the traditional one casket in what is being called “Three Dimensional” grave spaces.

This article from Global News points out that the city council approved bylaw amendments for Mountain View Cemetery that “would allow strangers to share graves, including permitting three or more bodies in a single site.”

In order to facilitate this process, Mountain View has already done away with a requirement of concrete liners.  It is expected that this will allow more people to consider eliminating caskets altogether and replacing that type of burial with what is called a “sustainable” burial such as a deceased body being wrapped in only a shroud.

The amendments also would allow tombstones to be replaced by alternative, non-permanent markers made of wood or other sustainable materials.

Finally, the article states “cemetery staff say cemeteries in Europe that are thousands of years old have long been reusing graves because of limited space and the same issue is now becoming a factor for many cemeteries in North America.”