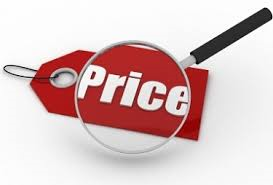 2019 is supposed to be the year that the Federal Trade Commission reviews the Funeral Rule.  I don’t know if that will happen, but critics of the death care industry are asking for the reviewal and with it, price transparency required as a web or app based service.

This article that I read from the New York Post explains some of the issues surrounding funeral business pricing practices.  In it, Josh Slocum, a well known advocate for funeral home price transparency, describes the industry as “40 to 50 years out of date technologically and culturally”.

On the other side of the aisle, funeral home owners Anthony Cassieri and Joseph Giordano, Jr. believe that funeral prices should stay in the funeral home for explanation to consumers.  Cassieri is quoted as saying, “If I put my prices online, the next guy can offer his services for less.”

And, Giordano, Jr. is quoted as saying, “I don’t think money should be at the forefront of a funeral”.

Adding a third opinion is funeral home price comparison tool, Funeralocity, CEO Ed Michael Reggie who is quoted, . .”the fact is every consumer wants the ability to compare prices online.”

Funeral Director Daily take:  I’m a funeral director, but from my point of view Slocum and Reggie are pretty much in line with the consumer sentiment that has been moving forward on this topic for the last several years.

There is no doubt funeral service is changing. . . . Water cremation, direct cremations with no services, resomation (composting) is around the corner, price comparison sites for the consumer, and more innovation is coming.  And, there is no doubt that the people seeking these services want to know what those services will cost.  If you don’t provide that cost to them. . . they will turn to someone that does.

I think it is fair to say that retail revenue per death case will continue to move downward as a trend for the foreseeable future.  Funeral directors can no longer just raise prices – without giving more value added services — and expect that consumers should just pay for it.

There was a time where we really believed, and I think the consumer believed it also, that there was no way the consumer could fight back.  They would either pay my funeral home, or they would pay my competitor — but they would pay the price of the funeral.  What were they going to do. . . not bury mom?

We thought they wanted to buy that casket.  . or they wanted those full services.  As it turns out, maybe some did, but many were squeezed into those services because others expected them to do so or there was no alternative for them because of their church or social customs.  And when all services were said and done, they paid our prices.

But today, the consumer is speaking loud and clear and if you are a funeral home who does not hear that voice, you may not be here tomorrow.  Casket companies know that they are in a business that is retrenching about 3% or more per year – they are concerned about that fact.  Full size cemetery lots are not selling like they used to.  Interment revenues are way down.  Cemeteries are worried about those facts.

We see it on the business news in other industries all the time.   Remember when you were in a taxi cab, stopped at a red light and the meter just kept running.  You had no other choice but to pay that fee – that is how your client families sometimes feel. . . but now there is Uber.  The total fixed price of the transportation is given electronically to the consumer up front before he has to make a decision to buy – that is what the consumer wants to know for cremation or burial before they buy.  And, better yet, the price quoted is generally one-half of what a taxicab price is.  Can your funeral home survive in a world with that type of transparency if you don’t join in the game?

Will traditional funeral homes keep fighting for higher and less transparent pricing?  If they do, will more transparent and less expensive business models be developed that will undermine them?   What will the consumer be looking for?   I’m guessing that they will be looking for value for the services that they want. . . . not a price point of a product that you think they may want.

I think it is time that prices in our business are much more transparent.  With transparency, the best valued services for the price, as defined by consumer choice,  will win and grow.  Maybe that might cause some operational changes that some firms have failed to make for years. . . and, that might also be good and provide the growth that has alluded those firms by staying stuck in their same old ways.