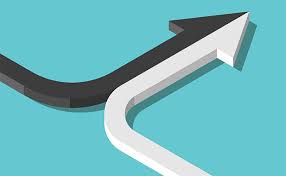 I recently came across this article from the Dayton (Ohio) Daily News.  The article told the story of the Routsong Funeral Home acquiring the Morris Sons “funeral business” of the same community.  What was interesting was that the article told of the Routsong Funeral Home “picking up (the) pre-funded funeral service arrangements for an additional 100 or so families”.

The article also made the point that the Morris Sons Funeral Homes two physical locations were not a part of the transaction.  Routsong Funeral Home owner Thomas Routsong was quoted as saying this about the transaction, “We did not buy those facilities … but we are going to be servicing those families in a pre-arrangement way. We’re excited about that also, being able to help those families.”

And in a note from the Morris Sons Funeral Home website you will read this, “. . .we are retiring and have closed the business, and sold our properties on Dorothy Lane in Kettering, and Main Street in Fairborn.”  As a matter of fact, the Dayton Daily News article mentions that the Dorothy Lane facility has been sold for $1.1 million and that both facilities when sold will contain deed restrictions that stops them from being used as a funeral home in the future.

Funeral Director Daily take:  I certainly don’t know the whole story here, but this is an interesting transaction because there is no real estate involved.  According to the article, Routsong and Morris Sons had physical buildings only about one mile from each other with Morris Sons Kettering location.  And, Routsong has a location in Centerville which is located in the same general area of the Dayton suburban metropolitan area as the Morris Sons Fairborn location.  All of the locations are in the greater Dayton Metropolitan area.

As we have seen in other parts of the country, some physical locations of funeral homes have taken on more value simply for the real estate than the business is worth as an operating entity.  I don’t know if this is the case in this transaction but if it is this type of transaction may work out for everybody involved.

The selling funeral home may come out ahead by selling the real estate for top dollar and then getting something from a neighboring funeral home for their “funeral business” which probably includes access to information about pre-arrangements and the use of the company name.

And the buying funeral home has the opportunity to “fold” those prearrangements and other goodwill into death calls without having the added expenses of more real estate and overhead.  In essence, a buying funeral home is hoping to become more efficient by being able to add funeral service volume within their current expense structure.

I once was involved in a transaction very similar to this where a funeral establishment sold its real estate to a bank and its funeral business to my firm.  To my knowledge, the former funeral home owner got more in this transaction and it worked out for me as I moved the extra business into our current location and most of the service income went directly to the bottom line.

It’s one reason that if you are thinking of selling or acquiring another business it might be good to talk to a professional about the situations available.  For more information on this subject I might suggest contacting the specialists at Johnson Consulting Group.