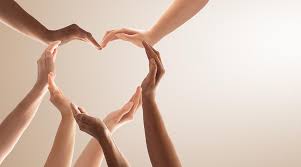 This isn’t what I was planning to write about an hour ago.  It’s Friday as I write this and earlier this morning I was on the treadmill watching CNBC with Jim Cramer as he was interviewing Starbucks CEO Kevin Johnson.  I thought the interview was very informative on how Starbucks was using the pandemic, that they had no control over, to analyze and pivot their business model to a structure that would be even better post-pandemic than it was prior to the pandemic.

I thought that there was a lot to learn from that discussion and enough information that was relevant to the funeral home business that it would be the basis for Monday’s Funeral Director Daily article.  It didn’t get written yet, but maybe you will get that article tomorrow or in the future.

Here’s what happened to me once I got showered up and ready to roll on Friday.  . . . a day where the only thing on this retired guy’s schedule was to watch Minnesota Gopher football at 6:30 pm.

I had some errands to run. . . dropping off golf clubs to be regripped (as with 34 degree temperatures our season is closed until next April) at the local sports shop, picking up some clothes from the dry cleaners, and then stopping by Caribou Coffee (Minnesota’s Starbucks) for a cup to go before coming home to write the Starbucks article that I just described.  In this COVID world, Angie and I just don’t get out like we used to but I grabbed my mask and set out to accomplish my tasks.

Well, those errands should have been able to be accomplished in about a 20 minute time period.  The sport shop was busy so I found myself visiting with the employees for about 20 minutes, Nate at the dry cleaners asked me some questions about my work at the University of Minnesota, and when I stopped at Caribou the 90-something widow of one of my favorite high school teachers was in the building.  She asked me about the local school board races and who I thought would be winning those.  Suffice it to say that my 20 minutes of errands took over an hour and a half.

Then, just as I was arriving home, I received a text message from my friend and insurance agent Myron Larson.  Myron has been my agent since I bought my first house in 1982.  The text was one of those “flashbacks” that Facebook or other social media sites will push out to you on the anniversary of the happening.  This “flashback” was of October 2017 when Anderson Funeral Home was honored as the BIAD (Business and Industrial Appreciation Day) winner in 2017.

The BIAD award is given out by our community’s Economic Development Commission (EDC) to a company for what is generally growth of jobs or giving other positive momentum to the community.  Factories and school districts, and hospitals have won the award in the past since its inception in 1984.  And, I can remember serving on the EDC Board and selecting recipients and thinking to myself that my own business would never be selected for this because, as a funeral home, we serve our community but are never seen as one of those juggernauts that make our community economically progressive.

So, three years ago, it was an unbelievable honor when Anderson Funeral Home was chosen for this award.  I was absolutely shocked that somebody had recognized the work that a funeral home does in their community. . . work that we all believe in, but seem to think that the public does not recognize the importance of funeral directors to their community.  I live in a great community and should not have been shocked that my community recognized this, but somehow I was.

Today, I’m three years removed from that award.  But, I think of the small community of about 40,000 or so people where I live and recognize that the reason it took me 90 minutes to do 20 minutes of errands is because of the “connections” that funeral directors have with their communities.  No, we are not the big businesses that add hundreds of jobs to our communities, but I realize now that we are the “humanity” that brings out the beating pulse of the community.  And, it humbles me that my community saw that in us. . . . when I maybe didn’t even see it myself.

My advice to small town and urban neighborhood funeral homes is this. . . .while no one might think to give you an award for what you are doing for your community every single day. . . . take solace because those same people do recognize that when needed you are the rock of that community that is there for them when they need you. . . . and that is a needed slice of humanity we bring to our communities.