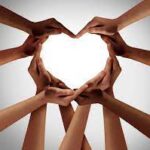 As I research articles for Funeral Director Daily I come across lots of local newspaper articles dealing with anniversary years of funeral homes.  The vast majority are from small town newspapers and tell of the longevity of many of these family owned firms.

Last week I found this article from the Herald-Dispatch of Huntington, West Viriginia, entititled “Kenova funeral home celebrates 100 years of business”.   There was nothing unusual about that type of headline but in reading the article one neighbor of the funeral home called the funeral home “The heart of the community”.

That made me ponder the “place” of a small-town funeral home in the pecking order of today’s small communities.  The funeral home being celebrated was the Rollins Funeral Home of Kenova, West Virginia, and it was started in 1922 and is owned by the 3rd generation of the Rollins family.  As you can see here on Wikipedia, the 2020 census population of Kenova was listed at 3,033. . . so it is an American small-town.

The person who made the comment about Rollins Funeral Home being the “Heart of the community” also commented, “When we are grieving and need somebody, they have always been here for us.  I’ve had several family members served by this compassionate and wonderful funeral home.”

In the community, and I’m sure this happens in every small community, things change and when loved ones return for class reunions, weddings, funerals, and other visits they see that change.  Businesses change hands, banks merge, gas stations become corporate and on and on.  One of the things that stuck out to me was how many people would come into the funeral home and say something like, “Tom, glad to see you are still here.  I just stopped at the bank to check mom’s finances and no one remembered me.  Same at the nursing home. . .it’s all new people.  It’s just nice to be able to see somebody I know and can trust”.

That type of greeting happened over and over to me over time as I got older and more experienced at the funeral home.  And, I’m guessing that the same thing happened to many funeral home owners across America because of the unusual longevity of family funeral home succession in the profession.  I think that is something that many of us take for granted when we look at the valuation of our funeral homes — that trust from a community is a precious commodity.

It’s also true that as funeral homes get older and older in years of service the odds of remaining family owned, go down.  In growing communities the consolidators will be willing to acquire growing establishments. . . and, in small communities that have lost population over the years, many of those funeral homes will eventually become satellite spokes in a larger community’s  funeral home hub and spoke system of business ownership.

Time changes things. . . Norman Rockwell’s 20th century illustrations of America appear to be no longer apt in the 21st century.  And, I don’t know what truly is the “Heart of the community” as America grows and increasingly becomes a direct cremation nation.  However, it is probably fair to say that as death care gatherings diminish, funeral homes in small communities will decreasingly be that heart. . . . . and to some of us, that is a sad reality.