The cost of a funeral 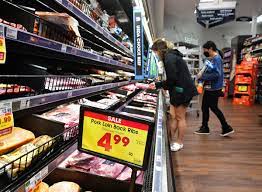 I recently saw an article in The Hustle that compared the cost of three family outings in 1960 to the cost of those three family outings in 2022 — a period 62 years later.  And, just because I like to compare those types of things with all things “funeral”, I searched out prices that puts a traditional funeral and its prices into the equations for the same time period.  I’ve put the numbers in chart format which you can see below.

It’s that comparison that is putting the “squeeze” on American families and making them look for bargains where they can. . .which, in my opinion, is one reason direct cremation and other lower price options (than traditional funerals) will continue to grow.

For the sake of this article, The Hustle priced in these factors on their pricing evaluations:

and for the prices on the traditional funeral, I found a 1960 quote in this 2014 funeral related article from Forbes and this insurance company Funeral Cost breakdown which quotes NFDA pricing for 2022.

There’s always some relevance to these type of exercises, however, I did this comparison simply because it was there to be compared to.  It’s not my typical Funeral Director Daily article. . . but I thought it was interesting nonetheless. . . .and should at least take some of the bad wrap for high prices over the years away from funeral homes.

By the way — I attended the new “Elvis” movie the other night.  While I am a pretty avid movie goer, it was my first post-pandemic movie that I attended.  I enjoyed it.  I paid $8.50  (Senior Discount) for admission at our local Cinema 9 and $12 for a large popcorn and soda for a total of $20.50.  I can remember as a youth going to the one and only movie theatre in town and paying 25 cents for admission and 25 cents for popcorn and soda or a total of 50 cents. . . . . so, my $20.50 night on the town the other night is actually a multiple of 41x in that period of time!!!  However, I had the comfort of large reclining seats the other night.

Finally, this story reminds me of the best wedding present (in my opinion) that we received back in 1988.  The owner of the Cinema 9 in our community is a friend of mine and he gave Angie and I a 5-year free pass to all movies as a wedding gift. . . prior to having children we were able to use it almost every weekend!!!

Enter your e-mail below to join the 2,789 others who receive Funeral Director Daily articles daily: