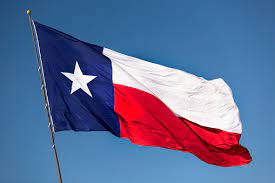 In writing Funeral Director Daily I take pride in keeping up with what is happening in the Death Care profession and industry.  And, even though the occupation and the choices it has for consumers faced with death of a loved one moves along at a fairly slow and methodical pace, there are changes to keep up with everyday.

But sometimes things happening in the industry escape me for a time.  That’s why it was interesting for me to read this recent article from D Magazine (“D” for Dallas) that was published online last week.  Here’s a teaser from the first page of the online article to tell you about the article entitled “The worst part about Dying”:

“(A) Funeral Home produces services so flamboyant that they were featured in their own reality show. But now dozens of families have come forward with claims of mishandled bodies and lost cremains. As much as they want justice, they also want answers.”

This is an interesting article that I will let speak for itself – and it is about much more than just one funeral home.  It does, however, bring on the following elements that will be interesting to see march through the process to answers that may be both interesting to funeral service and death care consumers:

I offer no opinion on the article other than to mention enough of what is in it to stimulate your interest in reading it.  I think you will find it very interesting.

Article — “How a New York Writer found her way to a story about a South Oak Cliff funeral home”.  D Magazine (TX)

Enter your e-mail below to join the 2,759 others who receive Funeral Director Daily articles daily: