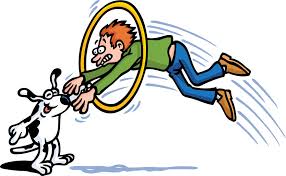 The old saying is that you “Can’t teach an old dog new tricks”.  Well, I think after this week that I am living proof that statement definitely does not hold water.

You see, this week I watched four webinars on what is happening in funeral service and the death care industry.  That, in itself, for a 62-year old, 35 year veteran of the profession is a new trick!  I have been used to learning from going to seminars and reading. . . not by watching a discussion over the internet.

First of all, thanks to those that provided these thought provoking and informative sessions.  Because of the National Funeral Directors Association and Connecting Directors sponsoring these sessions I learned additional tenets about business and cash-flow management, banking and finance, aftercare, and marketing in today’s world of funeral and cremation care.

The vast majority of the panelists who were in on the discussions were probably between 30 and 50 years of age.  It dawned on me how these are the leaders of our profession and I now represent the past.  I remembered and recollected on how I am a participant in a three-day golf event for about 150 death care professionals each year and have been going to that event since 1991. . . almost 30 years.

I began going to that event when I was about 33 years old and right in “the prime” of building my business.  I remember how I listened to the “old guys” about their stories and thought how lucky they had it because. . .”Those guys never had to worry about cremation”.  As I continue to attend the event many of those “pillars of the industry” have passed on and been replaced with a new generation.  I’ve sold the majority my business and attend the golf event to catch up with old friends from my generation. . . and let the younger, new generation be on their own. . .we just didn’t seem to have a lot in common.  They probably feel the same.

I now wonder, does that younger generation look at me and say, “Boy, did he have it lucky because families were so loyal back then – he never even had to worry about Star Ratings”.  The webinars brought out to me that each generation in funeral service has their challenges. . . .and it was really interesting to see the perspectives of this younger group on these challenges and how they are working to overcome them. . . .probably just how I worked to overcome increased cremation in a traditional funeral home that had never done a cremation when I started in 1980. . .and served a cremation population of about 40% when I left in 2013. . . .all while becoming increasingly more profitable.

steady, growth in business (I had a goal of increasing market share 1% per year so after 35 years I would have a corner on the market. . .and it worked), not too much risk as in debt, and the ability to have a large amount of cash in the business that was saved for a rainy day and/or capital purchases.  That method, which centered on delayed gratification and “take care of the business” before you (financially) take care of yourself, served me well for over 30 years.

It seems that businesses today don’t always have that conservative bent that I did.  Anecdotally, I see capital projects and speeded-up growth plans built with debt and hoping (remember-hope is not a strategy) that the project will add new revenue to pay for that debt.  And, I see revenue brought in just in time to pay for payroll and bank payments with very little cash cushion.  My opinion, is that could be dangerous in the world we now live in. . . .matter of fact, as  those of us in funeral service long enough remember. . . you might just want to Google “Loewen Group” to see how that type of operation ended up.

I’ve been in charge of a budget of $4 billion with my former position as Chairman of the Finance and Operations Committee at the University of Minnesota and had many a discussion with state legislators, who help fund us, about our over $1 billion cash balance in the operating account.  I’m aware of pressures that legislators have on funding for all kinds of great projects, but always contended to them that $1 billion (1/4 of our annual budget) was only 90 days of cash if, for some reason, we get no revenue.  I always argued to them that my own businesses have at least 6 months to one year of cash in reserve.  At this point in time, I think they see my argument.

Because of that history I was interested in what some of the “business leaders” of this new generation of professionals would say about money management and running a business.  I was pleasantly surprised to see young leaders like Jake Johnson of Johnson Consulting tell that in business, “Cash is King”.  You should have a bunch for a rainy day.  That’s music to my ears.

And, I put instant respect in for Tim Bridgers of Live Oak Bank for talking about being “judicious” with debt.  Most good businesses need to have some to put to work for them, but you also need to be able to have the cash-flow to pay it back.  Tim’s a banker, who makes his living from giving loans, but his advice was spot-on.

Where this old dog learned some new tricks, however, was in the marketing segments.  I’ve been a fan of Top of Mind Awareness (TOMA) ads and in my generation repetitive radio ads, newspaper ads, and calendars hanging in the kitchen were the way to increase that awareness to the public.  I was convinced in watching Welton Hong of RingRing Marketing and Curtis Funk of Tukios when they talked about your Google standing being the new awareness.

According to Hong, 50% of all searches for funeral homes are done on Google with mobile (cell phone) devices.  You need to make sure that your funeral home pops up first, gives proper information, and has a phone icon for the consumer to place an easy call to you.  That hit home to me when I thought of going to dinner with my wife. . .I Google the restaurant, then call to see if there is room. . .Simple. . . and if even an old guy like me is doing that. . . . certainly younger people are doing it with funeral homes when one of their parents may have a life-threatening issue or an at-need situation.

So, I learned that in this new generation of funeral business, that top of mind awareness is created by being at the top of the page for Google.

This new generation is doing great. . . .and someday they will be the old generation looking back on the next group of death care entrepreneurs as they also reconfigure how America does death care.