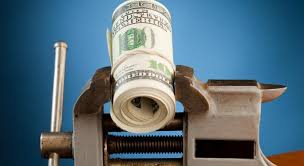 Not so long ago we told you in this article about Service Corporation International (SCI) closing and selling the historic designated landmark H.M. Patterson & Son Chapel in Atlanta, Georgia.  That chapel had served for 91 years as the flagship chapel for H.M. Patterson in the Atlanta area.

We recently learned that SCI has listed the 30,000 square foot historic Hazen & Jaeger Funeral Home building at 1306 North Monroe Street in Spokane, Washington, for sale also.  The building dates to 1922 as a funeral home.  According to Hazen & Jaeger general manager Leila Bradish the company stopped conducting services at the iconic location about four months ago and the building is now listed for sale at a price of $1.75 million.

According to this article from the Spokane Spokesman-Review, the building will be sold with deed restrictions that will preclude a future operation of a funeral business in the building moving forward.  As with the sale of the Patterson Chapel in Atlanta, future death care clients are invited to use the other Hazen & Jaeger location in the Spokane Valley or any other Dignity Memorial branded funeral home in the area.

Funeral Director Daily take:  While it is sad to see these two iconic funeral home buildings being retired from “active duty” as funeral homes, it is certainly not unexpected.  As stated in the above linked article from Spokane, “In busier times, Hazen & Jaeger hosted a ton of mourners who honored a lot of lives. . . At one time employees would have to stagger memorial services on even and odd hours at both chapels to accommodate all the customers.  But recently (the funeral home) would host maybe two funerals a month.  With the cost to maintain a building that high, it supersedes the cost of what a competitively priced funeral or cremation service would allow today.”

At Funeral Director Daily we are certain that Service Corporation International knows the dollars and cents of funeral operations better than anyone which leads them to sometimes sensitive but decisive decisions on the financial operation of their company and its assets.  It is our opinion that in the dawn of all kinds of funeral options available today, flexibility in both use and cost structure are paramount to death care businesses being able to compete.

These are majestic facilities that served thousands of families in their time.  It is difficult to see them leave the death care realm, but it is obvious to see in a world where people are paying less and less for death care, as in the growth of direct cremation with no services, it is not financially feasible to try to compete in a building that drives operating costs much higher than they have to be.

And, it does not only happen to Service Corporation International.  During my college years I lived in the basement of a majestic funeral home in Minneapolis.  The company that operated it has 16 locations in the metropolitan Minneapolis market but within the last couple of years the building I lived in was demolished to provide for high rise condos that have overtaken the neighborhood and changed the demographics to one that would not support a funeral business.

As we move forward, I believe we will see more and more of these large iconic funeral buildings go.  They simply have too much overhead in operations and property taxes than death care use will be able to provide for.  Hopefully, as in the Atlanta example, the buildings will be able to be morphed into another use.

As for Service Corporation International, they own lots of historic properties in some of our nation’s largest cities.  I think you will see them continue to be competitive by strategically moving to make operations less costly and that will mean more closings and sales of large, iconic funeral home facilities.