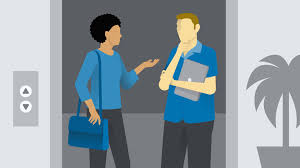 The other day I wrote an article that was titled “Selling Preneed. . .   .positively” which you can read here.  The bottom line of that article was to illustrate when advising on preneed, to promote preneed in a positive fashion.   I went on to say how, when I did seminars on funeral pre-arrangements, I tried to put a positive spin that it (preneed financial planning) was just the next step in a life full of prudent financial decisions the consumer should make.

Doing that article also reminded me that I liked to take away apprehension from doing preneed planning by indicating it wasn’t rocket science and that a preliminary aspect of it should be done by every household whether they brought forth a funeral professional to help or not.  I liked to point out that, regardless of what a couple felt like at the time of getting together and formally making arrangements with the funeral home, they would always be better off if they could just answer three questions amongst themselves and make sure that the spouse knew the answers.

Those three questions were. . . 1) Would you prefer to be buried or cremated, 2) Where would you like your body or ashes to rest eternally, and 3) How would you pay for the services that you selected.

As a matter of fact, I distinctly remember one Sunday early in my marriage when I went to make funeral arrangements with a young widow with teenage sons.  The decision about cremation versus earth burial and consequently about which cemetery was heartbreaking to sit in on.  All of the surviving parties had good ideas and good rationale for those ideas, but at the end of the discussion, when the decisions were made, all parties were disappointed not knowing what “Dad” would have wanted.

When I went home that afternoon, my wife Angie asked what had taken so long.  I explained and we went on to have the discussion about cremation versus earth burial and place of interment.  Some years after that discussion, we actually bought our cemetery lots.

If you are a working funeral director you probably get asked many times about preneed at inopportune times where you don’t have much time to answer in detail.  It is in times like that where I have used this 1-2-3 question philosophy to get people to think about it.  I’ve found that once they talk about their wishes among themselves many will contact me to find out what their wishes would cost.

In essence, this is my “Preneed Elevator Speech”.  And, while the term “elevator speech” gets it moniker from a short discussion while riding in an elevator, I found I used my elevator speech many times while ushering people to their pews at funerals. . . . it was at that time that many people would say, “Tell me about this preneed we hear you advertising on the radio.”  Obviously, in ushering there is not much time so I would tell them to discuss my 1-2-3 thought process and then I would ask them if I could contact them or if they wanted they could come into the funeral home and we could discuss in more detail.

Like many small town funeral directors I had to be a “jack of all trades”.  However, as our funeral business grew, I became the spokesman for our brand and funeral service.  My last fifteen years or so I realized that I was most valuable to the business in visioning and business development.

While we always had a funeral director in charge of every service, I tried to attend each service with the idea of public relations and business development purposes rather than being that funeral director in charge.  Being able to “free wheel” at these services gave me the opportunity to get my “elevator speech” across to many funeral attendees and I always believe that played a large part in building up our preneed volume.

So, my advice here is to make sure that you have that one-minute elevator speech available when it is appropriate to use it.  My guess is that it will not only add preneed volume to your business, but it will also give many consumers a peace of mind that they didn’t have before the discussion.