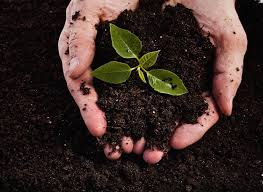 Earlier this week California Governor Gavin Newsom quietly signed a bill that now becomes law which includes disposition of the dead human body via “human composting”.  According to this article from KABC Television of Los Angeles supporters say it’s an environmentally-friendly alternative to traditional end-of-life options.

The law does not go into effect until 2027.  At this time, however, it marks California as the 5th state that has allowed Natural Organic Reduction (NOR) as a legal way of human disposition.  Other states that have legalized the process to date include Washington, Oregon, Colorado, and Vermont.

In the article Micah Truman, of Washington based NOR facility Return Home, says natural organic reduction is an eco-friendly option for human disposition.  Truman states about NOR (in contrast), “One cremation takes about 30 gallons of fuel to complete and blows 530 pounds of CO2 into the atmosphere.”

While many people look at the idea of having another option for human disposition as a positive, the California Catholic Conference fought against the legalization of the process because they believe human composting lacks dignity toward the human body and “reduces the human body to simply a disposable commodity.”.

Related — Here is an article that appeared in the California Catholic Daily.