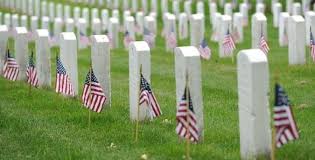 As we gather to celebrate Memorial Day 2021 it has been just over a year since the death of George Floyd in Minneapolis.  I don’t live too far from Minneapolis and that incident has not only rocked that city and my area, but has been an incident heard all over the world.  Add to that the fact that we had a presidential election last fall and riots in our cities last summer and you get to the point where I’ve sometimes been. . . . wondering about the future of America.

Memorial Day, however, brings us back to the thoughts of those who had the truest sense of America in them. . . .those who were willing to give their all for the freedoms this country stands for. . . . and for a better world.   A lot of not so good things happened in the past 365 plus days. . . . however, I’m willing to bet it all that America will be America once again once we again remember that our strength, and our history, comes from our diversity.

I like to think that I’m a pretty good student of American history and pretty hard to stump on the facts as I loved to take American history classes as electives whenever possible. . . and I still enjoy the learning.  However, when I did my morning devotions last Wednesday I learned some history of the United States that I had not learned before.  And, this history so impressed me that I brought it to my Bible study where no one there had heard it either.  With apologies to Our Daily Bread Ministries I will quote verbatim the short history that I read:

“The four chaplains weren’t known as “heroes.”  But on a frigid February night in 1943, when their transport ship, the SS Dorchester, was torpedoed off the coast of Greenland during World War II, the four gave their all to calm hundreds of panicked soldiers.  With the ship sinking and injured men jumping for overcrowded lifeboats, the four chaplains calmed the pandemonium by “preaching courage”,  a survivor said.

When life jackets ran out, each took his off, giving it to a frightened young man.  They had determined to go down with the ship so that others might live.  Said one survivor, “It was the finest thing I have seen or hope to see this side of heaven.”

Linking arms as the ship began to sink, the chaplains prayed aloud together, offering encouragement to those perishing with them.

Bravery marks their saga.  Love, however, defines the gift the four offered. “

I had never heard this story before which prompted me to do some research on the SS Dorchester.  The SS Dorchester was loaded with 904 soldier passengers on their way to see battle for their country in World War II.  The ship was torpedoed on February 3, 1943, and, in a water temperature of 34 degrees, only 204 survived.

The Four Chaplains were nominated for the Congressional Medal of Honor.  You can read their story and that of the SS Dorchester here.

We are now almost 80 years past the date of the SS Dorchester sinking.  However, as I researched their story, what really hit me was that those four men of the cloth portrayed America’s de facto motto approved for our national seal by Congress in 1782. . . “E pluribus unum” or “Out of many, One”.  You see, those chaplains did not let their differences define who they were. . . . .they were four different denominations. . . a Methodist, a Jewish Rabbi, a Baptist, and a Roman Catholic priest. . . .  they were brave and did their job for America, and their God, until they lost their lives, regardless of the differences they had.

“Out of many, One”.  America’s always been like that.  Native Americans or the Indigenous people. . .  many answered the call and  served in units in the Pacific Theatre during World War II as what are known as “Code Talkers”.  The Japanese opponents could break America’s signal codes, but they could not break the native language of the Native American code talkers.  You can read the story of the Code Talkers here.

Out of many, One”.  The 100th/442nd Infantry Regiment of World War II.  Second generation Japanese Americans volunteered to fight on the European front even while the United States government held their parents in internment camps because of worry of their potential allegiance to their homeland, Japan.  The 100th/442nd Regiment is still the most decorated combat unit for its size in American history. . . No less than 21 Medals of Honor were awarded to this unit.  You can read the story of the 100th/442nd Regiment here.

Out of many, One”.  The Tuskegee Airmen, originally rejected by the military air force because of their skin color, these Black men took training on a segregated base and eventually were granted the right to fight for America in the skies over Europe.  Using Curtis P-40 fighters at first, they were finally equipped with the modern P-51 Mustang fighter and painted the tails of the planes red, which got them nicknamed the “Red Tails”.  992 pilots were trained at Tuskegee with 354 deployed for battle, and 84 lost their lives in defense of their country.  You can read the story of the Tuskegee Airmen here.

So, yes. . . . 2020 and 2021 have been difficult years in America with a pandemic, racial unrest, and a presidential election where we all picked sides.  However, don’t forget that motto. . . . “E pluribus unum”. . . . We will eventually quit the family fighting and realize how great a country we live in because those who came before us, were willing to sacrifice their lives for our future, and  lived under the motto “E pluribus unum”.

E pluribus unum —  Notice that there are 13 letters in the phrase.  Thirteen letters for 13 stars and 13 stripes and 13 colonies that became one.  E pluribus unum was originally chosen for our country’s seal for “out of 13 colonies came one nation”.

Here is another story I learned about during this past year.  The story of the United States “Candy Bomber” during World War II narrated by Tom Brokaw.  If your eyes are still dry at the end of this short story, then you have no heart.  The story, in essence, shows the “Heart of America” through the actions of one man.

Here is a short story on the history of the Tuskegee Airmen.  It includes  video of Super Bowl winning coach Tony Dungy, whose father was a member of the famed aviators.

And here is a short video that I like to watch every Memorial Day.  It is a remake of the song God Bless America sung by Kate Smith.  This song, written exclusively for Smith by Irving Berlin, was originally introduced by Smith on national radio on Armistice Day 1938 as World War II was brewing in Europe.  This recreation adds a video component to that original introduction.  If you look real hard at the video, you will see a future American President, Ronald Reagan, in one of the scenes.

Finally, on the premise of “E pluribus unum” or “Out of many, One”, I came across this short video of Indiana school children singing “We are the World”.  I think you might enjoy it and the hope for America’s future it brings.  This might be the best version of this song I’ve ever heard.

Have a Great Memorial Day. . . . .and, remember those who served for us.