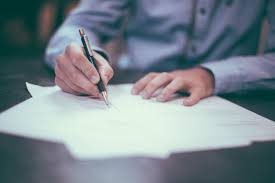 This recent article was published by Financial Content in Australia about the low-cost preneed market and made the comment, “This rise and popularity of ‘low cost’ prepaid funerals have taken the death care industry by surprise. With household budgets increasingly coming under strain from rising inflation, cost considerations are likely to come even more to the fore over the coming year. . . .It doesn’t matter how bad or risky the fundamentals are: Consumers have fallen in love with the ‘low cost’ prepaid funeral plans. And as long as the love affair remains, the low-cost operators will stay up.”

I found those words somewhat surprising because, at least in North America, it does not appear that the continuing rise of cremation services is surprising anybody.  However, what the article goes on to say is that it is not the cremation movement in itself, but the movement to “Low-cost direct cremation” that is moving surprisingly fast.

And, part of the reason it is doing so is the proliferation of low-cost providers flooding the senior advertising channels with prepaid funeral plans for as low as US $1,879 fully paid.  This is happening in countries such as Great Britain and Australia where the cremation rate is higher than the United States, but most cremations have traditionally come with casketed services.

Great Britain’s Pure Cremation, according to this article, began in business in 2015 and in 2021 wrote about 65,000 preneed accounts at the US $1,879 price point (or as low as a US $7.35 monthly payment).  That was three times the amount that they wrote in 2020.  The article made this comment about Pure Cremation’s “no fuss” cremation plans, “Direct cremations typically take place without any mourners present. . .Many deceased people’s loved-ones then choose to hold separate celebrations of their life, often in the form of a remembrance event at a beauty spot or local pub. (it is suggested that this) reflected British society’s increasingly secular nature, as well as shifting generational tastes.”

In Australia, Peter Erceg, founder of ezi funerals, says that for the largest traditional funeral and cremation provider in the country, InvoCare, “funeral volumes and prepaid market share has declined in recent years. . . . InvoCare has been asleep at the wheel as new ‘low cost’ online funeral disruptors have seized on an opportunity to drive funeral costs down and make a killing on low-cost prepaid funeral plans. “

Erceg continues with some ominous predictions for the large traditional operators, “With big bucks from investors and aggressive marketing strategies, these new players have changed the attitudes of people planning for end of life. The sale of prepaid direct cremation plans, in particular, as an alternative to traditional funerals – is driving big growth in the whole prepaid funeral sector”.

Funeral Director Daily take:  Erceg also comments that companies like InvoCare may have to look to adding these service price points and pre-arrangements or they will lose lots of market share.  We’ve already seen Great Britain’s traditional leader, Dignity plc, adjust their pricing to include less expensive options.  In addition, Dignity plc, says they will be re-branding many of their locations into more highly focused branding purportedly an attempt to increase market share.

While direct cremation is certainly growing in the United States and we have companies such as Solace, Tulip, Neptune Society, and the like advocating for that business, we have not seen a flood of national television advertising for the low-price cremation customer to this point.  In contrast, Australia – which is heavily urban and concentrated in only a few centers – and Great Britain, which is a much smaller geographic country do have that going on.  In my opinion, that is why we do not see the proliferation of low-cost cremation advertising in America — it is expensive to go nationwide to the masses and, quite frankly, there is no national provider set up to handle the business on a national scale  — yet.

From my point of view, the death care consumer is not fully aware of all the options available to them.  So, when heavy advertising on one type of disposition — in this case direct cremation  – goes to the consumer they get more educated on the subject and it gives them a greater sense that their decision is in conformity with most other people.  In essence, the large scale advertising for direct cremation preneed, not only informs consumers of the product, but drives demand (versus other potential disposition options) for the product as well.

And while North American death care providers have some assurance in the near term because of an expected larger number of deaths as Baby Boomers age and die, there is a real concern, in the decade ahead, that if low-cost direct cremations really appeal to the masses in a great way, many death care providers are set with too large of overhead costs to stay profitable without some type of operational re-set.

Enter your e-mail below to join the 2,836 others who receive Funeral Director Daily articles daily: