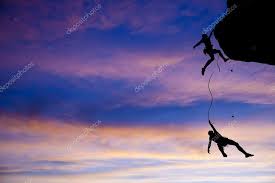 Financial writer Benen Ling published on Seeking Alpha an article on the United States public funeral home and cemetery companies last week.  He titled his article, “These Death stocks are barely clinging to life”.  You can read the article here.

Ling writes a good article and makes some great points about our profession and the public companies in America that operate funeral homes and cemeteries as their principal mode of business.  In particular he delves into what may be the future for Service Corporation International, Carriage Services, and StoneMor Partners.  While I don’t agree with everything he says, he does make some good points.  There are also some thoughts that I don’t believe to be correct such as when Ling states that there is a federal law for cemeteries to maintain endowments to support their cemeteries forever. . . I just don’t believe that to be true.  All in all, however, the article is good food for thought.

To summarize his article I would say that these are the two prime points:

The article is written with, in my opinion, the lay investor as an audience.  So, if you are in the industry you will probably recognize and already know what problems Ling is talking about that loom on the horizon.  Turns out, that his specific issue with the public consolidators is their anticipated declining revenue per case and their debt loads and how they will handle those issues moving forward.

Ling concludes his article with this thought, “The funeral home industry is an excellent case study illustrating how even an industry as unchanging as funerals can be affected by evolution in consumer preferences”.  From my point of view, that – changing consumer preferences – is exactly what is causing the death care industry to take a look at itself and making each practitioner look at where they will fit into the economic picture of death care as the future unfolds.