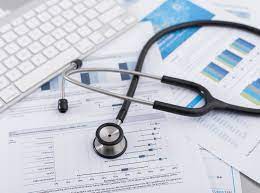 Labor Day means a lot of different things to many people.  It might mean the end of the Summer, Back-to-School time, the start of football season, or the start of the political campaign season.

For me, however, when I ran my funeral business, it was always the funeral home yearly check-up time.  You see, after August 31 we have been through two-thirds of the calendar year and that was a pretty significant amount of time to see how your business was operating that year. . . but with one-third of the year remaining, there was also time to make course corrections if you felt the business was underperforming.

To be concise, I was always up to date on data — I happened to be a data person before it was popular to be so.  At any time during the year I knew what our average casket sale was, our percentage of services performed to the date in comparable format, and our numbers as far as disposition method — traditional funerals, cremations — were at to the day.

On Labor Day, however, I took a deeper dive into the numbers.  I looked at Revenue per service, margins, number of calls, pre-arrangement numbers and revenue and more statistics and took stock if I needed to make any changes moving forward.

While it is hard to do anything with at-need calls or disposition method percentages, you could get a glimpse of where you were at according to your beginning of the year budget with those.  If you were way behind on raw numbers you did have the option of raising prices for the remaining one-third of the year to catch up to what you thought your revenue numbers should be.

With margins, if you did not want to raise service revenue prices as to the above paragraph, you could raise the retail price multiple of caskets and urns that were bought and sold which would also have the desired effect of raising margins.  With pre-arrangements, if you were behind you had the option of doing more seminars or sending out flyers looking for leads that would more than likely lead to increase your numbers by year-end.

I pulled out one of my yearly check-ups for a year over 10 years ago just to reflect on.  Here’s what I found from that report:

Our service percentages were as such:

As I’ve mentioned before, I budgeted pretty conservatively and also budgeted for a perceived “good” profit with the number of cases budgeted for.  So, if this year kept moving as it was on August 31 it would have been a pretty good year as we would have had a “good” profit at 240 services and we were on line for 280 services.  And, in the funeral business once you have the fixed costs – especially facilities and labor – taken care of, those additional 40 services turn into large profit services.

Being in the midst of a “good” year also allows for planning by the end of the year.  Expecting that you are going to have excess profits allows you to look ahead to alleviate taxes on those profits by thinking about an IRS Section 179 purchase of capital items that are expense allowed rather than depreciated.  Or, depending on the plan you have, maybe there is an added amount of money available for going into employee and ownership profit sharing retirement plans.

On the other hand, if things don’t look so swimmingly for the business on Labor Day, you still have time to make limited course corrections in pricing, margins, and pre-arrangements that might lead to better financial results by the end of the year.

My advice for today is take a look at where you are. . . . if you are on schedule or better — good for you.  If not, what corrections can you make to get on schedule by the end of the year?