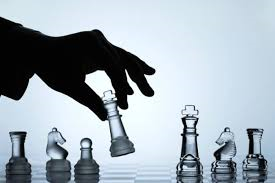 Without even recognizing it funeral service has always had niche businesses inside of it.  Even full service funeral homes could fit in the niche category if they exclusively catered to protestant or catholic clientele. . . or if they were a cremation society type discounter.  We’ve always had some niche operations in the industry even if we didn’t know it ourselves.

For the last several years I’ve advocated that I believe that the death care profession will move into more businesses that streamline or niche their product lines.  In some locations, trying to be all things to all people can be too expensive from an overhead basis.  Can your overhead stand it if you are going to operate from a palace but do 50% direct cremation services at a minimal charge?  Would the people who are requesting full service traditional funerals pay enough to keep the palace up?  Or would they look for a funeral home that does a higher percentage of traditional funeral homes where a smaller percentage of their price went to overhead?  All are great questions. . . and without answering them, I do believe that those questions lead to more niche services in the business.

From my point of view I can, and have, seen business cater their niche to the green funeral movement, to direct cremation services, to services with add on staples such as catering, to the water cremation business, and so on.  In today’s article I’m going to show you three different death care businesses on three different continents that are, at least from my sight lines, catering  to a niche portion of the death care business that they believe will serve them well.

Wairarapa Funeral Services – New owner Robert Milne has recently purchased this establishment from public company consolidator InvoCare.  Milne has purchased this business to enter a “locally owned” niche that is going against what is happening in Australia and New Zealand with public companies InvoCare and Propel Funeral Partners buying locally owned establishments and then turning them into corporate sites.  Milne says, “Around the country we’re still seeing corporate companies buying up funeral companies, not selling them, so we’re very fortunate.

Milne thinks the independently owned funeral home will compete very well against the corporate concerns that are so prevalent in his native New Zealand.  You can read about his purchase here.

Oakes Aquamation — Mortician Elizabeth Oakes plans to open the first eco-friendly cremation facility in Ireland.  Oakes is ramping her business to offer the alternative to flame cremation using alkaline hydrolysis to bring environmentally focused services that she believes will grow in popularity.

At 33 years of age, Oakes has already been named a finalist in Ireland’s Best Young Entrepreneur Awards for this business.  The article makes the statement that death, despite being the most natural of processes, is bad for the environment. Oakes says, “Aquamation is being touted as the greenest method for disposing of your mortal remains.”  She continues, “The industry hasn’t changed in 150 years and I believe that aquamation is going to revolutionize it. ”

You can read about her business here.

According to the article, Grisamore wanted to look at less expensive options for his clientele and in researching he believes that clients will like to save money by doing some of the arrangements on-line where they can even pick basic services and optional add-ons.  For instance, a simple cremation will cost $795, but if you want face-to-face time with the funeral director that price goes up to $995.  His website at Simplify Funerals can be seen here.

Grisamore mentions he changed the funeral home name to “try to explain what we’ve done is simplify the funeral process”.

Funeral Director Daily take:  Our guess is that these three funeral service professionals all believe that what they are doing is going to capture the market that they have aimed at.  And, in those cases, it appears to us that they have aimed at different market segments.  Is this where we think funeral service and the death care business is going?. . . .in a simple word, Yes!  However, we believe that we will see successes and failures by different operators while trying to find that “perfect niche”.