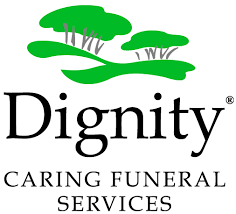 Great Britain’s leading purveyor of death care services reported that for the first 13 weeks of 2019 that they have had fewer services and lower profits than the first quarter of 2018.  In a statement very similar to first quarter United States public death care companies, Service Corporation International and Carriage Services, Dignity Plc said that deaths in Great Britain were down about 13% in 2019 as compared to the number of deaths reported in the first 13 weeks of 2018.  According to the article from Yahoo Finance that you can read here, deaths in Great Britain numbered 159,000 for 1Q 2019 as compared to 181,000 for 1Q 2018.

The company also announced their underlying operating profits for 1Q 2019 fell 42% to about 21.7 million pounds (approx. US$ 27 million).

“The year has started below the board’s expectations primarily as a result of the number of deaths so far in 2019.  Achievement of full year expectations will rely heavily on the number of deaths in the remainder of the year compared to 2018,” said the company which was founded in 1994.  Dignity operates 800 funeral locations across Great Britain and is estimated to hold a 12% share of the Great Britain market.

Funeral Director Daily take:  According to this report, Dignity Plc locations are low volume.  19,200 quarterly services with 800 locations would equate to a full year volume of 96 cases (calls) per year per location.  And, using the revenue numbers supplied it appears that the average revenue per case would be about $US 5,364.  Using the case volume and revenue per case numbers given in this report, that would seem to extrapolate to the average Dignity Plc location doing about $US 500,000 in revenue ($US 0.5 million).

Death Care stock related:  The Motley Fool today suggested that Australian death care provider InvoCare would be a stock to purchase if you wanted growing dividends over the next several years.  In this short article from Motley Fool they suggest that “The foundation of InvoCare’s profitability is death rates, which the company expects to increase at a rate of around 3% annually by 2034. . . .Putting the (slightly) morbid nature of this industry aside, with the ageing population in Australia, I am very bullish on the InvoCare dividend over the next decade.”