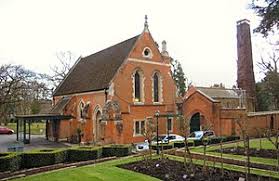 If you are or have been in the death care business for any length of time you can relate to all the talk about the popularity of cremation gaining in the last twenty years and at an incredible pace for the past 5-7 years.  All of us know of the issues that lower revenue per case, particularly from direct cremation as compared to earth burial, are causing in the funeral industry.

This weekend, however, when I was looking for material for today’s column it just hit me about the incredible number of things that are changing, outside of funeral home business itself due to the consumer preference of cremation over earth burial.  I just picked out three articles that I found this weekend that all have to do with cremation in our society, but not dealing with funeral home business per se.

The first article that you can read here comes from the Oakland Post and deals with resident concerns of air quality in the Oakland area.  Evidently, according to the article, in January 2018, Service Corporation International gained the rights and began operations for what is described as a “mega-crematory” in Oakland.  Residents are now complaining that the planned 3,000 cremated bodies per year will add to what is already a neighborhood  burdened by air pollution.  Again, according to the article, neighborhood groups are organizing to see what can be be done and to build community power to fight what they believe are toxic effects of air pollution in East Oakland.

In another article that you can find here you can read about the National Museum of Funeral History located in North Houston, Texas.  On September 17 the museum is expected to open its first exhibit dealing with cremation and has been working with the Cremation Association of North America for the past three years.  The article states that cremation has went from a 4% usage in 1960 to 52% in the United States and an almost 71% rate in Canada.  In essence, the museum on “funeral” history is now becoming a museum on “cremation” history.

Finally, we found an article that you can read here which indicates the problems that municipalities are having with revenue if they operate a municipally owned cemetery.  This article pertains to the City of Saskatoon and describes that the city’s “community support sector revenue” will have a shortfall of $710,000 this year with at least $250,000 of that shortfall due to lower than anticipated revenues in the city’s cemeteries because of cremation choices over earth burial.

Funeral Director Daily take:  It is interesting to note that cremation has become a lifestyle issue with widespread changes for society as we have moved from an earth burial society to a cremation society.  It is also interesting to note how cremation, as with many life changes, triggers other issues that we don’t always think about.