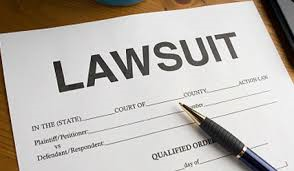 In what is a somewhat timely item for us at Funeral Director Daily, we learned yesterday of a lawsuit filed by suburban New York City cemetery, Ferncliff Cemetery, against the City of Greenburgh.  Timely for us because this week we have highlighted zoning and location issues among the industry.

The lawsuit, according to an article you can read in lohud.com here, alleges that the community of Greenburgh has willfully proceeded with “gross abuse of its municipal land use, zoning, and taxing powers”.  Furthermore the suit asks the U.S. District Court to award $60 million in damages.

Ferncliff Cemetery was established in 1902 and is known as the final resting place for many notables including Joan Crawford, John Lennon, Cab Calloway, Malcolm X. Ed Sullivan, Jim Henson, and many others.

Funeral Director Daily take:  It will be interesting to watch this case proceed.  I have seen over time that the NIMBY (not in my back yard) mentality is very focused against funeral homes and cemeteries.  In a real life sort of way, it does make sense to city councils as those people – against a cemetery or funeral home zoning procedure – actually vote. . . as compared to a cemetery or funeral home business, who when they lose a zoning request are somewhat limited in the number of voters that are disappointed — usually only the owner and/or board.  So, it seems to be human nature that city councils side with the NIMBY group.

This lawsuit will take issue with that and illustrates the right of cemeteries and funeral homes to be fairly heard and their requests to be fairly decided upon.  As I said, it will be interesting to watch it proceed.