Are funeral directors losing their “clout”? 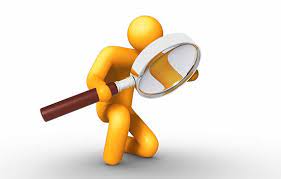 There was a time when if you needed information on a task or a service you went direct to the source to find the information needed.  Remember, when your watch didn’t work you would take it to the local jeweler to diagnose the issue. . . . Or if the electronic device you just purchased didn’t work as advertised at first you would go back to the retail store and ask about the operating directions to see if you did things correct.

Not too long ago people with an approaching death in the family always went in to see their local funeral director to know what their options were when that time of death came.

I don’t see that type of personal information seeking by consumers anymore.  I’m a Fitbit user for tracking my exercise and just purchased my 3rd generation of Fitbit — a Charge 5.  It didn’t seem to “sync” with my phone, but I didn’t go back to the Kohl’s store where I bought the Fitbit, I went online to see if I had followed the instructions correctly or if my Android phone did not work with a Charge 5, or another possible answer to my issue that I didn’t even know about.

And my sons, who are 28 and 24 years old seem to always go to You Tube instruction videos instead of asking anyone a question about how some issue might be resolved. . . . and they usually find the answer.

And, in that same realm, I see less and less death care consumers turning to their local funeral director for advice also — they are finding that answer, or what they think is that answer,  in other places.

I bring this up because in the past week I have seen ample evidence that consumers just don’t seem to seek out the professional funeral director in their community to answer death care related questions.  And, I think over time that may be a real problem in our profession.

I thought of it when I read this article from Next Avenue entitled “Back to the Earth:  Non-Traditional Burials“.  The article, while being informational in nature, was not written by a funeral service professional and led me to other links such as a Maine organization called “Last Things” and promoting “Alternatives at the End of Life“.  The advisors biographies indicate that many have real-world death care experiences which is good, but it appears that no one from Last Thing has formal trained expertise in death care and/or traditional funeral service options.

I’ll accept the argument that “formal” death care training is maybe not necessary, but for the sake of this article, that is an argument for a different day.

Within the last week I also visited with a friend who told me that his in-laws had pre-arranged to have their bodies donated to science through a major university and it was set up simply by meeting with university personnel and not working through a funeral home. . .which is how people from my community generally arranged for body donation.  In meeting with a funeral professional they received pros and cons of all the options available when it came to body donation.  For instance, in our funeral home situation, we worked with both the University of Minnesota and the University of North Dakota and they had differing situations in how the remains could eventually be returned to the family for permanent memorialization.  In my opinion, that knowledge led the family to the proper donation venue per their future permanent memorialization wishes.

Finally, I read a short article in Funeral Service Times detailing the great growth of direct cremation, no services (DCNS) provider Pure Cremation in the United Kingdom.  The article mentioned that Pure Cremation now had the 2nd highest brand recognition in the UK and over 54% of respondents over age 55 could recognize the brand compared to 36% only two years ago.  Catherine Powell and her husband, Bryan, founded Pure Cremation only seven years ago and its success has been nothing short of phenomenal.  Here’s what Catherine said of this recognition, “Our phenomenal growth in just seven years signals a profound shift in attitudes towards farewell events, and there is more to come.”

So, much like general consumers like me and my boys accessing information, I think that there is a profound shift going on in how the general consumer accesses information in the death care space also.  There is nothing inherently wrong with the information provided by journalists, alternative organizations, medical school anatomy bequest procurement programs, or companies who offer a lower priced alternative disposition to the traditional funeral.  However, in all of these instances, including online cremation registration, it appears that consumers get death care advice from people who have not been trained in the totality of funeral service. . . as most funeral directors have been.

I don’t know if being trained in the totality of funeral service which would include the psychology of grief is a prerequisite in the guiding of a death care consumer.  Remember, we were all taught that “the funeral is for the living”.  And, in many cases funeral directors and funeral home modus operandi for clientele that wanted cremation was to tell them of the “value of the view” and a funeral or ceremony prior to the cremation.

Funeral professionals more than likely truly believe that, however, it doesn’t seem to mesh with what the consumer thinks is best for themselves and their family.   It didn’t take me long to realize that those people that wanted “cremation” wanted “direct cremation” and, in almost all  instances, what I would say about the value of viewing the body simply did not resonate with their thoughts and beliefs.

Funeral service is really fragmented today. . . especially the options for disposition.  I still think the best place for a consumer to go for information is their local funeral home.  However, that local funeral home has to be honest about all of the options available and not just favor the circumstances that will generate the most profit to them.

If we don’t get the reputation for being honest and forthright in doing that consumers now can and will go elsewhere for the information and that will continue to take the clout away from funeral homes in being the best advocates for services that may help that client family in the way that they want.

The best way for funeral homes to be the “go to” source for death care in their community is to offer or be able to offer through partnerships all of the dispositions available.  I would suggest you search out and, when applicable, have pricing options available, for such dispositions as alkaline hydrolysis, anatomical bequests, green burial, non-traditional cremation placement such as in a forest, and solidified remains, and the like before someone comes in to your facility and asks about that method.

In some instances you may not profit from the choice.  In some instances you might be able to help place funds aside for the client but not provide the actual services.  But in all cases, if you can help the consumer, you will retain the notion of “death care expert” in the community. . . . over time, that may prove to be the most valuable distinction of all.

Enter your e-mail below to join the 3,022 others who receive Funeral Director Daily articles daily: