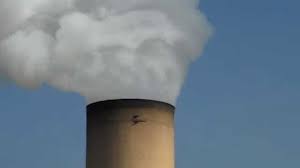 Citing “a threat to public health” the South Coast Air Quality Management District relaxed rules pertaining to cremation in Los Angeles County last week.  The ruling, according to this article from National Public Radio, will lift limits on the number of cremations that can be conducted monthly by crematory operators.

An official for the agency was quoted as saying, “The current rate of death is more than double that of pre-pandemic years, leading to hospitals, funeral homes, and crematoriums exceeding capacity without the ability to process the backlog of cases.”

According to the article, as of January 15, there was a backlog of more than 2,700 bodies being stored at hospitals and the coroner’s office.  In making the ruling the management district stated, ”  . . .the county’s 28 crematoriums have the “resources and capability” to perform more cremations than regulatory limits allow.”

The NPR article notes the already skyrocketing number of deaths in Los Angeles County and notes the concern coming up on the next couple of weeks and an anticipated surge in deaths related to the New Year’s Eve holiday.  The article notes that “deaths generally lag four to six weeks behind gatherings“.