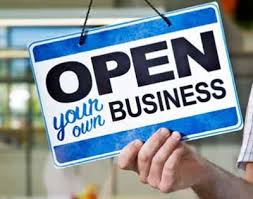 After Life Mortuary Services opened last October and according to this article from the Memphis Commercial Appeal it is believed to be the first Memphis mortuary service to be owned and operated by black women.  According to co-owner Dana Taylor, “It’s probably because it’s been a male-dominant field, and it’s been that way for years.  I think that is what probably deterred a lot of women from pursuing this as a career or opening a business.”

Turns out the Taylor and co-owner Madeline Lyles worked together as forensic technicians at West Tennessee’s Medical Examiner’s office.  According to the article, they both became funeral directors and embalmers, kept in touch, and eventually worked at the same funeral home where their dreams took root.

Again, according to the article, they believe what will set them apart is their proactive approach on educating families before they actually need their services.  To that end, they are starting a summer funeral services education camp for youth between 13 and 18 to educate young people on the death care industry and how they can make a career out of it.

Funeral Director Daily take:  When I read this article several things came to mind for me.  First and foremost was, “Yes, dreams can come true.”  I’ve seen that happen so often in my lifetime and I am just ecstatic when I see young people work to that end. . .in this case, being your own boss.  To get to that point. . .and stay at that point, it will take more work than these ladies ever dreamed about, however, the satisfaction of being able to hold your own destiny makes that work seem minimal once you get there.

Secondly, I see that these women have a great idea in the idea of doing a summer death care experience for young people who may think about a funeral service career.  No doubt, the industry will need more and more competent people in funeral service roles as we move forward and this is a way to allow young people to learn about what it takes.  Just last week I was visiting with a college mortuary science educator and he was telling me that enrollment interest was picking up and he felt that some of that was simply that the college has made informational brochures easily available at funeral service practitioner chapels.  When younger people see these at a visitation it piques their interest.

Finally, I did an article over a year ago where I believe that funeral service care will eventually be more and more niche filled.  I think as we move forward your business identity and branding about who you are will bring you services.  It will be harder and harder to be all things for all people and there will be more specifically defined speciality firms for low-priced cremations, traditional funerals, ethnic services, women owned firms, firms that serve the LBGTQ community, and on and on.  While funeral service has always had a segmentation as simple as a Catholic firm and a Protestant firm in a community, I believe that, moving forward, those segmentation lines will get greater and greater refined.  I happen to think a “Women owned, Women operated” mortuary could do very well.