Editor’s Note:  Funeral Director Daily has grown greatly in subscribers in the last two years.  Because of such I have decided that every once in a while I will throw out a well read article to be read again.   The article will have to continue to be relevant in the profession when I do such.  Here’s an article from back in December 2017 that, I believe is still relevant today.

Last week I received an e-mail from an Iowa funeral director who mentioned that even though Iowa does not require a Bachelor’s Degree to practice Mortuary Science and receive a license, the state was finding a shortage of qualified funeral directors.

I just thought I would take today to give my opinion on what I see happening in the industry on the staffing situation.  As you know, I come from Minnesota – which borders Iowa – and except for the metropolitan area of Minneapolis-St. Paul, is a pretty rural state.  I’m also pretty aware of what is happening in the Dakotas which, or course, is pretty rural in nature. 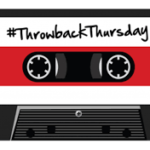 rural areas of the country.

First of all, let’s focus on what some of the reasons are.  I bring you back to my days – when I started in 1980 the thought of being a young funeral director and being on call every other day and every other weekend was not uncommon and something we just expected.  Today, regardless of salary, many young people – not just funeral directors but physicians and others – just don’t want to be tied down that often so they look for schedules that don’t hold them on call so often.  That fact alone, leaves them to look in the metropolitan areas – where the staffs are larger – rather than the rural areas.  I operate in a community of about 35,000 and know this to be true with my physician friends and at our funeral home where we have five professional funeral directors.  So, if it happens in a community of 35,000 what is happening in those communities of under 10,000 people?

Secondly, another factor that many don’t think about but I am acutely aware of is that over the last 30 to 40 years, America has become a country where most families want to be two-income earning families.  That also works against rural funeral homes because many times that “trailing spouse” to a funeral director has many more job opportunities in the metropolitan area.

Finally, as the average revenue per service is starting to drop due to the popularity of direct cremation, pay scales in our industry are not keeping up with the pay scales that other industries have.  Owners are finding it difficult to add more employees to make every one’s job easier in an environment where revenues are decreasing.  Nothing will drive young people away from our industry faster than not compensating them on a comparable basis with other industries.  Finally, when you  combine schedules that they don’t want with low salaries and it will cause nothing but a shortage.

So, what can we do?  Salaries, benefits, and working conditions are just one reason, among many, why I believe our industry will continue to consolidate as I believe it will be difficult to continue with one and two-person manned funeral businesses.  I also believe that in the metropolitan markets we will see a lot more of contracted labor for removals, embalming, and cremations.  Possibly relaxing some of the licensure requirements may be necessary in states with large rural populations so that, for instance, maybe a non-licensed person can make a removal.

The death care industry will continue to evolve and how we handle the professional labor side of it will be a big part of that evolution.