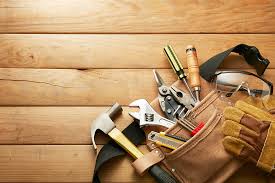 Last week I happened to watch President Biden when he addressed the nation pertaining to his recent signing of the latest stimulus bill, known as the “American Rescue Act”.  As I was watching for some reason my mind wandered to a managerial principle that I learned later in my career, but a principle that I needed to know to grow and build my business over the years.

As I watched President Biden last Thursday night, which was March 11 — exactly one year from the date of March 11, 2020, when the World Health Organization declared a pandemic for the coronavirus infections around the world.

What struck me was this managerial principle that I learned.  You see, in the past year we have had both political parties in the United States bickering with each other about what is the right way and what is the wrong way on a myriad of issues.  Then, when something is decided and it works, everybody wants to take credit for it. . . .and the converse is also true in that when something doesn’t work they all run from their decision.  Evidently, that is just how politicians operate.

What I find somewhat remarkable is how, at least speaking for the United States, is that while the politicians fought over the credit, it is the American people who just put that aside and did the job to get America back on track.  It kind of reminded me of that managerial principle that my employees craved. . . . “Give them the tools and latitude to do their job and then just get out of the way”.

Evidently, President Trump appropriated $10 billion from the Hospital Relief Fund and pushed it into his “Operation Warp Speed”.  The goal was to give pharmaceutical companies the ability to bankroll their research and development efforts, in a search for a vaccine, without risking their own capital.  In essence — “Give them the tools and then get out of the way”.  In this case, the tool was the money.

It apparently worked. . . .companies developed vaccines in 1/5 the time than they had ever been developed before.  And, while politicians have been lambasting each other for the past 12 months, the Americans working in research labs and caring for our sick just did their jobs and created the solution.  And, the same could be said for funeral directors. . . . given the latitude to do so, they figured out ways to serve their clientele during the pandemic. . . . . the tools they needed, in most instances, were video stream equipment and PPE.  Once they had these proper tools, you could actually see the results in revenue per case if you looked at the public company data.

There is a real lesson to be learned here if you are an owner or a manager who supervises employees.  I learned that lesson later than I should have, although once I learned it, my job got a lot easier.

Early in my career I worked with, and supervised, some employees who were older than I was.  They were good people. . . and really good funeral directors.  But, their method of work each day was to show up and have me assign a task of which they completed.  Each day was different. . . .the task might have been to conduct a funeral, or make an arrangement, or be in the prep room.  They were good, but they waited for that assigned task each day.  The task was dependent on how busy we were at the time.

The modus operandi was  mostly my fault. . . . because I arrived each day and gave them the  task.  I never thought of doing it any other way.

We had a good funeral home, but I later learned that that management method did little for innovation or extra in customer service or customer satisfaction.  It was a situation where an employee came to work, did the assigned task, and then went home.

Over time we changed the way we worked.  I no longer came in and assigned tasks.  We went to a system where a funeral director was responsible for a day or a portion of a day and if there was a death during their time. . . . .that call was their responsibility all the way through the disposition.

All that my funeral directors asked for was the tools to get the job done.  Once they had those, I stayed out of the way and my job became much easier.  The day to day business of conducting services got done, without me ordering everybody where to go. . . . and it was done with innovation, client care, and greater customer satisfaction.

Me. . . . .I was able to work on long-term goals of the funeral home.  I had the time to swing into visitations and many funerals in a day. . . because I wasn’t responsible for any of them.  I was the face of the business and now I could use that asset in more places during the course of the day. . . . I could attend Kiwanis Club, Chamber of Commerce events, or our New Horizons aftercare events, and show up at virtually every funeral we conducted because different funeral directors took the responsibility for conducting the funerals.  I could lead pre-arrangement seminars more often that helped bring in future clientele.

I could even go to the golf club and promote the funeral home during a round of golf.

The end result of the change. . . . is that everyone was happier. . . employees, the boss, and even the families we served.  And, our raw numbers and market share went up also. . . .I was kind of an old dog by then, but I learned a new trick.

In my opinion, the story of the successful vaccines in America is that the companies got the tools they needed and then the government got out of their way.  Try that with your team members at work and I’m guessing you will like the results.

More news from the world of Death care: