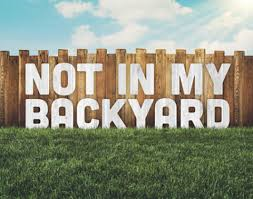 Over the weekend we noticed this article from the Perryville News of Perryville, Missouri.  It concerns an issue that we are seeing more and more of as funeral homes and other concerns attempt to place new crematories in areas that they have not been located in before.  That issue centers around the public perception of emission safety of the cremation units.

This particular situation includes the declination of a permit by the city’s planning and zoning commission with the reasoning that the commission has a “lack of knowledge” on the topic.  The commission passed the request directly to the city’s Board of Alderman who will have the opportunity to make a decision after a February 18 discussion of the topic.

Again, in this situation, Brewer Monument, a 5th generation family firm in Perryville is attempting to locate a crematory in an existing building on its property which is located across the street from a funeral home.  According to the article, several residents attended the meeting with a concern for air quality because of the exhaust of the proposed crematory.

The article states that the residents who attended the meeting were not opposed to cremation, simply opposed because the crematory would be in their neighborhood which includes schools and daycare centers.  They were also concerned that a crematory would lower property values in the area.

Tim Brewer and his wife, Angie, spoke at the meeting that many members of the community have requested information on cremation and the practice is growing which causes Perry County residents to use an out of county crematory.  The Brewers indicated it would be best for everybody to keep that business at home.  Angie Brewer commented, “We are a fifth-generation business.  We’d like to have a six-generation business, but that’s not going to work if we can’t progress and follow what the trend of the industry is.”

The Brewers seemed to have their ducks in a row on the environmental issues of the crematory as they had a letter from the crematory manufacturer which told that the equipment to be installed operates with emission standards that emit less than half the allowable standards.

Funeral Director Daily take:  My dad was a funeral director also, but he also had a passion to invest and improve real estate.  Many times he had to go in front of the city council to get variances or other concessions to develop some type of property.  He always told me, “Get your ducks in a row well before you go to city council.”  What he meant by that was don’t let people who may be affected be surprised by what you are going to do.  Think about who might be in opposition and go and visit with them about the positive aspects of what you are trying to do prior to them getting any notices in the mail.  Also, ask them if they would have any suggestions or ideas that would improve your plans.

Dad was smart enough to know how to neutralize his opposition. . . get them on your side.  Plus, human nature just tells us that people like “being in the know”.  Get potential opponents on your side.  If you are a history buff like me you will realize that is exactly what President Abraham Lincoln did with his “Team of Rivals”.  Lincoln’s genius was to take three of his opponents for the Presidency and place them in his cabinet.  Letting these former opponents “be in the know” or “on the inside” is said to greatly have affected how President Lincoln was able to reconcile differences of opinions on the road to abolition and the direction of the Civil War.

From my point of view, not only as someone who watches the trends in the death care industry, but as someone who has brought the first crematory to my community, I believe that in going forward with new zoning issues because of crematories death care professionals have to get their “ducks in a row” and neutralize opposition more than ever before.  We are dealing with a citizenry who is becoming more vocal about their opinions, especially when they believe that the environment may be compromised.

It appears that the Brewer family did an awful lot of groundwork in their case before going to the planning and zoning commission and they are still having trouble with the process.  When you are ready to add that crematory to your community make sure that you pave the way with proper public relations as you don’t want to get your funeral home embroiled in a community spat.