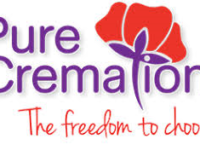 *Re-printed with permission from Pure Cremation. Before 2015 the funeral industry in Great Britain still looked and felt very Victorian. Most ceremonies were still rooted in 200-year old traditions and any deviation from the norm was frowned upon by both funeral directors and mourners. However, this was set to change when veteran undertaker Bryan Powell along with his wife Catherine encountered a few people unwilling to accept the default format because it did not suit the deceased’s worldview and lifestyle […]

DeadHappy, the United Kingdoms technical insurance startup that recently received about US $ 5 million in Series A funding, announced in this  article from Techcrunch, that they hope to get more involved in the wishes of their insured, including making sure that your funeral is the way you want it. The company was founded in 2017 and claims to be the United Kingdom’s first fully digital pay-as you-go life insurance provider.  According to the Techcrunch article that means that their […]

In the United Kingdom, sales of pre-need funeral plans has soared nearly 200% in the last dozen years.  Driven by the increasing competition between the largest players in that country’s death care industry, Dignity Plc, and Co-op Funeralcare, the government has determined that it must “crack-down” on high-pressure and misleading tactics in the sale of funeral plans. In this article from Reuters you can read of the government’s plan to regulate the pre-paid sector for the first time to ensure […]

Great Britain’s largest operator of funeral homes, Dignity PLC, who own and operate 540 funeral homes continues to move forward with their transformation process that they announced earlier this year. The public company filed their 3Q 2018 report on Monday and with it we can see some signs of what direction the company is moving.  If you remember, the company took the bold move in January to lower the cost of their “basic” funeral by 25% to meet the competition […]

Dignity, PLC, the United Kingdom’s death care conglomerate announced on March 14 that they would be hiring L.E.K. Consulting to work them them in developing a plan for the funeral business going forward.  This comes following their January 19 announcement that the company would be drastically reducing their funeral service prices to consumers in response to the changing market conditions of the UK death care industry. In the announcement that you can read here, Dignity said that the company did […]