StoneMor Partners, based in Trevose, Pennsylvania, issued their 2nd Quarter 2017 financials and report on December 12.  We bring them to you today.  You can see their press release on the results here. Here are some of their highlights: Revenues for the quarter were $86 million which represents a $7.0 million increase from the same period one year ago.  For the first six months of 2017 revenues were $168.9 million which is an $11.7 million increase over the same period. […]

StoneMor Parnters, LP, a publicly traded death care company that owns and operates both funeral homes and cemeteries announced in a        press release on Friday, October 6, 2017, that they will be amending their secured credit facility.  You can read about the modifications here. In reading the entire release, the Chairman of the Board, Robert B. Hellman, Jr. was quoted, “The decision to reduce our cash distribution for the second quarter is a difficult but necessary decision. […]

Seeking Alpha put out an article today written by The Growth Path Guru that questions StoneMor’s ability to increase sales and also tries to figure out where the cash for future distributions will come from.  It also suggests that StoneMor is being questioned by the SEC on some issues. Funeral Director Daily take:  I’ve said before I was a one-time stockholder in this company and it always seemed that they distributed more cash than they had in earnings.  Even I […]

An article that appeared on Seeking Alpha on September 2, 2017, concludes that StoneMor Partners will be forced to either eliminate or greatly reduce their quarterly dividend soon.  StoneMor, a Master Limited Partnership built through funeral home and cemetery acquisitions has seen its stock plunge from about $26 per share in 2016 to a close of $6.59 per share last Friday.  The company owns 317 cemeteries and 105 funeral home properties. The article lists four reasons why the author believes […] 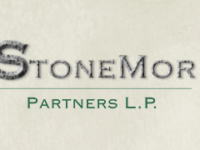 REVOSE, Pa., Feb. 08, 2017 (GLOBE NEWSWIRE) — StoneMor Partners L.P. (NYSE:STON) (“StoneMor” or the “Partnership”) today provided additional data on the ongoing restructuring of its sales force. Total salespeople within the salesforce at January 31, 2017 numbered 766, which was 81 more than the prior year comparable period.  The salesperson count at January 31, 2017 also reflects an increase of 14 individuals from the 752 reported at December 31, 2016. The number of salespeople who made a sale during […]