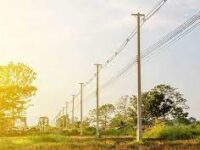 Extending your revenue lines from a big picture point of view

Back in about 1990 I made funeral arrangements for a 55-year old who died of a sudden heart attack.  His widowed wife eventually talked to me about an idea for our funeral home which was based on the premise of what we now call “Aftercare”.  At that time our funeral home did not have a formal program, nor had we really thought about it. The widow, who later became our “Aftercare Coordinator” believed that we should be helping people — […]