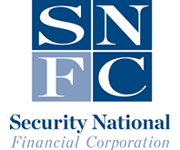 Security National Financial Corporation (SNFC), parent company of Utah-based Memorial Mortuaries announced in two separate press releases the acquisition of two funeral service companies, one of which also operates a large cemetery in addition to their four funeral locations. In this press release you can read of the acquisition of Salt Lake City provider Holbrook Mortuary.  Holbrook Mortuary is a third-generation firm and has been in operation since 1941.  Here’s what SNFC’s President Scott M. Quist said of this addition […]