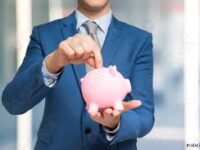 Ohio Senate Bill 224 will make over a dozen changes to the state’s funeral and burial laws according to this article from Cleveland.com.  The bill will do such mundane things as increasing the price to reactivate a funeral director’s license and it will also establish a more formal process for families to collect money from funeral providers if a customer signed a pre-planned funeral contract, but the family never used that particular facility. One thing it won’t do, however, is […]