Is SCI’s value in their “float”?

I’m a fan of Warren Buffett and his company, Berkshire Hathaway.  Matter of fact, I enjoy reading his annual shareholder letter because it just doesn’t tell how his businesses are doing, it explains to the reader why he is in those businesses and how he makes money for his shareholders. Back in 1936 a gentleman by the name of Leo Goodwin from Washington, D.C., became convinced that auto insurance could be standardized and sold without agents to the general public.  […]

Life insurance rates, at least for the time being, are holding stable regardless of the excess deaths due to Covid-19 in 2020.  A recent press release from Policygenius, that you can access here, says that “The May index shows life insurance pricing stability, despite an increase in the U.S. death rate evident in data recently released by the Center for Disease Control”. Policygenius, in their release state that “the U.S. death rate increased by nearly 16% from 2019 to 2020 […] 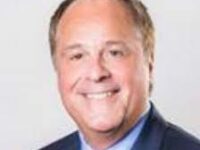 StoneMor, Inc. released its 1st Quarter financial results on May 13 and with it announced that they had completed their private offering of $400 million in Senior Notes.  There seems to be no doubt that the refinancing and operational results reported in the May 13 report have lifted the spirits of the company. Here’s what CEO Joe Redling said in the 1Q 2021 report, “Earlier this week, we completed a transformational transaction for the Company by fortifying our balance sheet […] 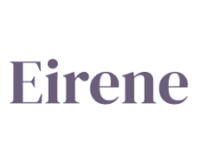 Toronto based cremation provider Eirene announced last week in this announcement that they would be teaming up with Assurant Life of Canada (ALOC), an affiliate of Assurant Inc., to allow for Canadians to be able to pre-pay for cremations online as part of their estate planning.  Eirene bills itself, on their website as, “High quality, affordable cremation services”. Eirene CEO Mallory Greene had this to say according to the press release, “Our partnership with ALOC delivers a solution designed to […] 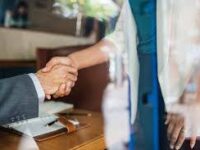 Ask ten different consumers and you will get ten different opinions on “insurance”.  Especially, life insurance.  Some think it is necessary, some think it is a waste of time, some love the peace of mind it can bring, some will say let my survivors deal with the money after my death. You get the idea. . . and when it means spending money on something that today’s “show me what it does for me today” consumers sometimes demand, the art […]

Come together . . . . .The Domani Group and Homesteaders Life Company

The other day we received a press release announcing that “The Domani Group joins forces with Homesteaders Life Company”.  In that release, which you can read here, it announced “The Domani Group, a leader in preneed and aftercare solutions for funeral homes, is pleased to announce it is joining forces with Homesteaders Life Company.”   This announcement came on the heels of our story on Monday that mentioned Providence Equity Partners and their experiencing in partnering funeral technology companies to bring […]

World-wide financial services company Assurant announced yesterday a quarterly dividend in the amount of $0.63 which is the same amount that had previously been in place for preceding quarters.  You can read of their announcement here. Assurant is one of the eight stocks that make up the Death Care Index (DCI).  They pertain to the death care world with their division of preneed funeral insurance which is predominantly situated in North America . At a closing price as of Thursday, […]

It’s not even noon on Sunday yet and I’ve had a pretty good day already.  Minnesota has allowed churches to open at 25% of capacity so my wife and I attended church today, albeit wearing masks and sitting far from anybody else, for the first time since mid-March.  Also, singing was banned for just instrumental music, but for someone who has a spiritual bent to them, it felt really good to be in church.  I’ve also had a chance to […]

Guilty plea, restitution and no jail doesn’t go over well with some pre-need victims

According to this article from the Manistee News, a former funeral home manager has pleaded guilty to taking over $223,000 in pre-need funds.  The plea would assure the defendent, Mr. Denis Johnson, age 69, of Manistee, Michigan, that he would serve no jail time as long as restitution to the approximately 60-70 victims is completed within one year. At least one relative of a victim stated that she believed the plea bargain was too lenient of a sentence.  “I guess […]