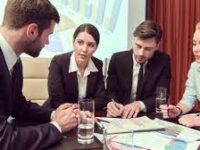 A perspective on the times, what we do. . and why

I was going to write today’s article on some business things to check into after Labor Day.  However, that article will wait until tomorrow.  When I read the Minneapolis Star Tribune editorial pages yesterdayI came across a short article written for the 1981 Labor Day.  You can access that article here. Now 1981 — that’s 40 years ago.  It also happens to be the first Labor Day for me after I had been a full-time employee for at least one […]

On Monday the United States Supreme Court issued its opinion in a case that was partly brought to that court from a Michigan funeral home lawsuit alleging discrimination in employment as it pertains to gay, lesbian, and transgender people. Here is what an article from Real Clear Politics (RCP) says of this decision.  “The Supreme Court ruled Monday that a landmark civil rights law protects gay, lesbian and transgender people from discrimination in employment, a resounding victory for LGBT rights […]

Funeral Directors: Take care, stay safe, and God Bless the work you do

As we move into the weekend of this strange world we seem to be living in now, I could find any of 50 articles that tell how funeral directors need to be up to the challenge or how funeral homes may suffer financial hits because of the lack of “gatherings” that are allowed to take place at this time. However, I’m going to use the ink that I have available to simply take my hat off and “SALUTE” all of […]

How Would You — And Your Community Cope

There is no doubt that we all agree that what happened in that small Texas town last Sunday was a great tragedy beyond proportions.  It should never have happened — but it did. From where I sit, in Minnesota, over 1000 miles away from the village of Sutherland Springs, Texas, it seems so distant — yet I grieve and pray for the community and for those who must deal with the immediate aftermath.  While not to the extent that it […]