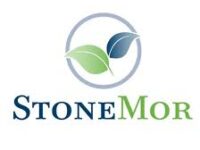 StoneMor, Inc. the Pennsylvania based operator of cemeteries and funeral homes last week announced a partnership with end-of-life technology support start-up Empathy.  Empathy is, as they say, powered by technology and driven by purpose in helping grieving families handle countless tasks following the death of a loved one.  The company describes itself as “a service platform that helps families navigate the journey they face after losing a loved on.”  Here’s what StoneMor, Inc. CEO Joe Redling said in this prepared […] 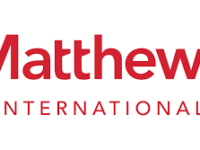 Matthews International reported their Fiscal year 2021 2nd Quarter results last week and with the report we noticed how it is impossible to not  notice that their Memorialization business segment which consists of Aurora Casket, Matthews Cremation, and their cemetery, memorial, and mausoleum division, is increasingly leading the company. The other two segments of Matthews International’s operating portfolio consist of what they call their Industrial Technologies segment and their SGK Brand Solutions segment.  The company as a whole reported sales […]

April has been a busy month for StoneMor

StoneMor, Inc.,  the Pennsylvania based consolidator and operator of cemeteries and funeral homes, has had a busy April.  We’ve seen Moody’s upgrade their credit rating, we’ve seen insider trading purchases of the stock, and we’ve seen an announcement of refinanced debt.  That and more leads a press release from Moody’s to state, “. . . .StoneMor’s increased liquidity position will be used to make strategic acquisitions to increase scale and grow profitability.”   These announcements from StoneMor come on the heels […]

Earlier this week funeral home and cemetery consolidator Carriage Services, based in Houston, Texas, produced their 3rd Quarter 2020 report and in it they recognized the quarter as record breaking for revenue and EBITDA.  According to Chairman and CEO Mel Payne the company blew through milestones which they did not expect to reach until sometime in 2022. Here’s some of what CEO Payne had to say, “The last six months have been a remarkably historic performance period for Carriage, as […]

In today’s afternoon edition we bring you a Seeking Alpha article from BOOX Research that opines on and goes into the details on why it says Service Corporation International “has a positive long-term outlook supported by its market leadership position and solid fundamentals.” We also bring you information on an Iowa funeral home celebrating its 50th year in business, a report on how busy the funeral homes and crematoriums in Wales were during the height of the pandemic, and information […]

Security National reports revenue up, income down in Q1 2020 results

Back on May 18,2020, Security National Financial Corporation (SNFC) reported its 1st Quarter 2020 results that encompassed the period from January 1, 2020 to March 31, 2020.  The results, which you can see in a press release here, showed that the company increased revenues in the period compared to the prior year’s revenue by 29.2% but after tax earnings dropped 26.2%.  Net earnings per share for the quarter were $0.08 as compared to the 2019 1st Quarter net earnings of […]

Inside the numbers with SCI

Last week we brought you an initial report on Service Corporation International’s report of their 1st Quarter 2020 results.  We also promised that we would go “inside the numbers” to see what other financial information we could find that may be of benefit to all of you who own or manage funeral homes. Today, we bring you a little more from inside the numbers and don’t bring you any surprises but the numbers put forth continue to show increased cremation, […]

Carriage Services, the public company death care consolidator and operator based out of Houston, Texas, announced last week that they had made a major acquisition in the Buffalo, New York, market.  In this press release you can read from Yahoo Finance, the company announced that they had acquired the four locations of the Lombardo Funeral Homes in the Buffalo market. According to the release, the firm is a 3rd generation firm, operated since 1984 by Joseph P. Lombardo, the grandson […]

Death care consolidator Carriage Services issued preliminary 2018 results on Wednesday.  You can read a press release from the company here. In those results the company announced that they had grown revenue year over year from $258.1 million in 2017 to an an unaudited estimate of $268.0 million in 2018.  That would be an increase of about 3.8%.  However, they also announced that they expect their 2018 profit to fall to about $11.9 million which is down from $37.2 million […]