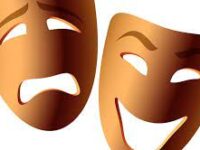 News you can Use

There is a new play out called “Cremation: The Play” and it is set to be live-streamed beginning tomorrow on Lemonade.  It will also be live-streamed on Saturday and Sunday.  Cost to watch the live-stream is $20 and includes a Q & A following the production with the producers and cast. You can see information on the play here from a short notice in Broadway World.  They mention that it is about the writer and director’s experience of working in […] 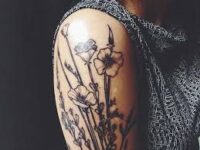 Cremated remains bring on new forms of art and remembrance

It’s been almost forty years ago when I had a new idea for a business and approached a well-heeled potential investor.  The person did not become an investor but he did send me a note that he wanted to visit about the idea.  And, in that note he made this comment that has always stuck with me, “Your idea seems new and different and one would expect it hard to succeed with it.  However, before I hear more about it […] 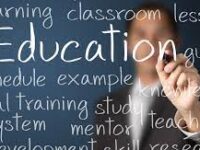 Today we bring you this interesting article from the Iowa Capital Dispatch concerning a potential funeral director who believed he needed a waiver to receive his Iowa Funeral Directors License.  One of the requirements for licensure by the Iowa Board of Mortuary Science is that the applicant has completed 60 college credit hours and maintained a minimum of a 2.0 grade point average (GPA) relative to those earned credits. The article tells the story of Andrew Merschman who had completed […]

In this press release from last week, Foundation Partners Group (FPG) announced a new acquisition and also gave some indication of its growth over the past couple of years. Foundation Partners Group is the privately owned death care consolidator based in Orlando, Florida, that appears to set its acquisition sights on cremation heavy firms.  FPG is owned by Access Partners of Baltimore, Maryland. In the press release the company announces the acquisition of Baldwin Brothers Funeral and Cremation Society of […] 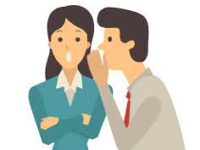 What we are hearing on the Street. .. . and from some other sources

So, we are one week into the new year of 2022.  There are a few things that have been predicted since the new Presidential administration came into office last January, especially after the inflationary times that started last Spring. One of the the predicted things we heard about was that a new administration may eventually get around to changing some of the tax laws about capital gains. . . . . in other words, how the money is taxed when […]

Considerations for a crematory

The Cremation Association of North America (CANA) showed statistics that cremation dispositions in the United States accounted for about 56% of all human dispositions in 2020.  I’m guessing that percentage will grow slightly for 2021 as it has every year for the past 40 or so years. CANA’s futuristic looking statistics, which have been pretty accurate over the years, show that at some point in about the next 20 years, barring regulatory issues,  cremation will be over 75% of all […]

My hunch: Inflation, other factors will lead to rapid acceptance of “Online Direct Cremation”

Thursday night into Friday morning brought Minnesota’s first snowfall of the 2021-2022 winter season.  It was light, but created slippery conditions outside that forced me onto an indoor treadmill run on Friday morning.  My 2 1/2 mile daily run is punctuated by the fact that I have a lot of stamina. . . just not a lot of speed.  On an indoor run, the result of that fact is I get about 25 minutes to catch up with the morning […] 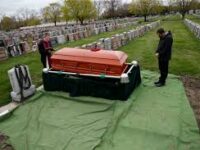 Last March a public service announcement (PSA) created by the International Cemetery, Cremation, and Funeral Association (ICCFA) Education Foundation began airing.  In early November the association announced that the PSA campaign has been one of the best in media history by, according to Nielsen TV research, being broadcast 7,955 times and viewed by an approximate 90 million people.  If one were paying for that exposure, Nielsen estimates that the approximate cost would be $5,109,982. According to Jim Price, ICCFA Educational […] 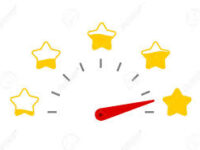 Via e-mail marketing the other day I received an invitation from our friends at the Cremation Association of North America (CANA) to take in a free webinar partially titled, “Families prefer experience over extravagance“.  The topic hit home with me and I think points out a very important detail about what the consumer public is willing to spend money on. . . . and why that may have an effect on how we offer our death care services to them. […]

We found this report, dated October 21, interesting from Zacks Equity Research.  Here’s an interesting couple of lines from the report. . .”SCI is likely to display year-over-year declines in the top and bottom lines, when it reports third-quarter 2021 numbers on Oct 27. The Zacks Consensus Estimate for revenues is pegged at $800 million, suggesting a drop of 12.9% from the prior-year quarter’s reported figure.” Service Corporation International is expected to report 3rd Quarter earnings on October 27 (tomorrow). […]