A killer among them

Arlington National Cemetery is known as “hallowed ground”.  On May 13, 1864, the first burial of military personnel was completed there when Private William Christman was interred.  Just over a month later Arlington officially became a national cemetery on June 15, 1864, by order of Secretary of War Edwin Stanton. In the 158 years since that first interment about over 400,000 of America’s finest and their eligible dependents have found their eternal resting place in Arlington National Cemetery —  including […] 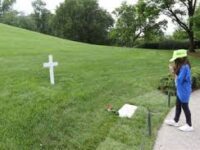 The Robert Kennedy funeral train. . . seems like times were simpler back then

As we age it is interesting how things from the past can be brought back to memory.  It’s the season of political primaries and an article from the Ohio University Scripps College of Communication triggered a memory of mine back to the Summer of 1968. First of all, the article from Ohio University was in honor of alumnus Paul Fusco who photographed the Robert F. Kennedy funeral train.  You can see the article here. The memory for me brings back […] 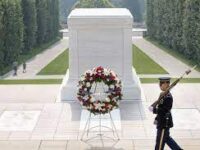 The numbers 11-11-11 have always been significant when I think of November 11.  Yesterday was that day that we now refer to as Veteran’s Day in America or is referred to as Remembrance Day in Canada.  Those numbers, 11-11-11, refer to the day and time that the cease fire that ended World War I in 1918 became effective.  It was at 11 am on the eleventh day of the eleventh month (November) that the armistice (Latin for “stilling of arms”) […]

Arlington National Cemetery, our nation’s national cemetery, is somewhat between a rock and a hard place as they plan the future of the cemetery.  I don’t think anybody disagrees with Karen Durham-Aguilera, the cemetery’s executive director when she states, “We want to be open.  We want to have that opportunity for that 5-year-old who’s going to raise their hand one day to serve this great nation. So to be able to do that, we need to plan for our future.” […]

In our afternoon update for today in the world of Death Care we bring you artcles that include StoneMor, Inc.’s decision to reject an offer from Axar Capital to purchase all of the outstanding shares of StoneMor and take the company private.  Funeral Director Daily had earlier reported on this potential development in May in an article that you can read here. We also bring you an article from WIBW Channel 13 in Topeka, Kansas, where the Shawnee County Health […]

According to this article from the Washington Post, new rules are being proposed on who can be buried at Arlington National Cemetery because of space issues.  In the article, Karen Durham-Aguilera, the cemetery’s executive director states, “Our reality is that we are running out of space.  Without any changes in eligibility we will be full for first burials by the year 2041.  To be able to keep Arlington National Cemetery open and active well into the future. . .we’re going […]

On Thursday, and in advance of Memorial Day, President and Mrs. Trump visited the hallowed land of Arlington National Cemetery.  You can read an article about the visit here.  The visit was held ahead of the traditional Memorial Day visit as today (Friday) the President will be leaving for Japan on our country’s business. Arlington National Cemetery is the resting place for over 400,000 who served in the United States military service. In my opinion, the President’s annual pilgrimage to […]