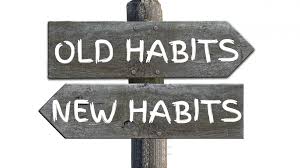 Over the weekend I had the opportunity to read two different articles with two different perspectives of the death care business.  One article brought out criticisms of our professions that some in the consumer world have held since the days of Jessica Mitford and her 1963 book entitled “The American Way of Death”.  That article, that you can read here,  was entitled “How to Die in Texas” and was published last week by a publication called the Texas Observer.

The other article was a white paper put out by the death care consultants at The Foresight Companies.  Their article, which you can read here, is entitled “Embracing Transparency to Drive Profitability”.  It is an excellent article and one that points out that, in today’s world, the consumer wants transparency in all aspects of their experiences.

From my point of view, if I owned a funeral home, I would take the time to read both articles.

If you have been a funeral director for any length of time you will be familiar with the first article from the Texas Observer.  It lists all the reasons people should avoid funeral homes. . . going all the way back to a quote in 1947 when they caption someone named W.W. Chambers who they recite was “famous for offering no-frills funerals and then upselling”.  They continue and quote Chambers who the article states said this in a congressional hearing, ” (the funeral business is) the most highly specialized racket in the world.  It has no standard prices; whatever can be charged and gotten away with is the guiding rule.”

That quote is certainly an insult to those of us who have been awaken at 3:00 am to go to the scene of an automobile accident in our work and then charged no where near what it really cost to do so.  Unfortunately, there are still some consumers who believe what Chambers purportedly stated and it is one of the reasons the Federal Trade Commission instituted the Funeral Rule in 1984.

And, the Funeral Rule, which is undergoing review by the Federal Trade Commission at this time is one item that wraps these two articles in common.  In The Foresight Companies’ white paper they make the observation and comment, “(the funeral rule) tends to be adherence to the letter of the law rather than its spirit in order to ensure compliance.  The result ultimately provides little or no benefit to the consumer.”

As a matter of fact, we wrote an article that you can read here, not to long ago that touched on the fact that if the funeral rule does not become more useful in providing funeral home price information, it may be that the Federal Trade Commission just does away with the rule.

However, I agree with the experts at Foresight that is not the solution.  I’m one who believes in the near future consumers will demand to know, while on their computers or mobile phones, what the price for potential services will be.  As Foresight points out, think about your self looking for hotel or airfare in that same vein and finding vacancies and seats available that you would purchase but no pricing available on those products?.. . . My guess is that you would move on to another website that made those numbers available.

The answer lies in “Transparency”.  And, even though some funeral pricing can be complicated, maybe like the Foresight experts explain, funeral homes need to update their websites with chat boxes or a bot that can communicate the complicated pricing situations with the consumers.

In my opinion, “Transparency” is good for funeral service.  And, there are others in the profession, like the people at Funeralocity  or Australia’s eziFunerals who believe in that, too.

As the people from The Foresight Companies say in their white paper, “consumer behavior has forever changed in the wake of the current pandemic.  As a result, do not fight the transparency battle — embrace it.”

The more our profession can become “transparent” the more we can change some of the old consumer attitudes about funeral service and, hopefully, we won’t have to read articles like the critical one that came out in the Texas Observer too much longer.  That would be a positive result for all of us.

Related–After I had finished this article I came across a recent government document from the Competition and Markets Authority (CMA) in Great Britain.  The CMA published a document on a hearing that they had with Great Britain’s largest purveyor of death care, Dignity plc, on what would be compared to an American Congressional hearing.  You can see that document here.

The short document offers tremendous insight to the death care industry in Great Britain.  And, I found this quote in the document very relevant to today’s Funeral Director Daily article, “Dignity said that its consumer research told it that ‘consumers care deeply about quality’, and value price transparency and choice.”